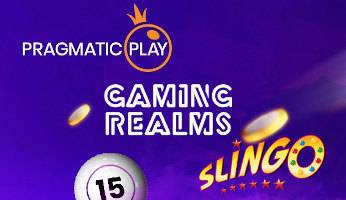 Gaming Realms will soon be expanding its Slingo portfolio thanks to a new deal with the leading casino software developer Pragmatic Play. Wolf Gold and Sweet Bonanza are just two of the slots that Gaming Realms is planning to transform into Slingo games.

Gaming Realms’ previous collaborations with renowned software providers have included Eyecon, NetEnt and Inspired Gaming, and it has just confirmed that it will be working alongside Pragmatic Play to produce a new batch of Slingo games.

Two of the slots that will get to benefit from a Slingo makeover are Wolf Gold and Sweet Bonanza, both of which have proved to be popular with players at both online bingo and casino sites.

Gaming Realms says that the new partnership is “truly exciting” news for operators and players and will allow it to expand its current offering with several new titles.

Pragmatic Play is well-known for creating mobile-focused video slots such as Chilli Heat, Juicy Fruits and Buffalo King. More recently it also branched out into the bingo and live casino industries.

Its online bingo platform is now used by several well-known brands including Jumpman Gaming, Broadway Gaming and BetVictor. It features an innovative speed bingo-inspired game called Bingo Blast and penty of other bingo variants. It has also expanded its live casino offering in recent months with Mega Roulette and ONE Blackjack and is about to release a new Dragon Tiger game.

Gaming Realms is an award-winning software developer that is best known for its Slingo titles which blend online slots with a bingo mechanic.

So far, it has created Slingo versions of many popular slot games, including Rainbow Riches, Starburst, Fluffy Favourites, Reel King and Centurion, as well as popular TV shows like Britain’s Got Talent and Deal or No Deal.

Slingo was invented back in 1996 and launched on AOL where it became the most-played game within days. It was created by Sal Falciglia who originally wanted to make it into a TV game show. The Slingo prototype (that was fashioned from a 1950s five-reel slot machine made by Bally) still sits in Sal’s basement.