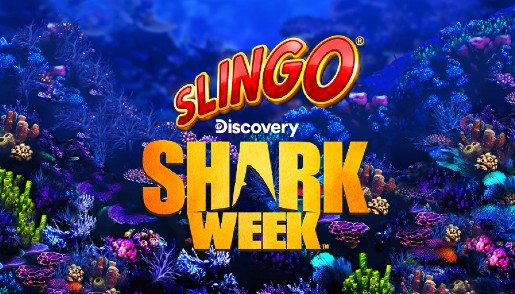 Slingo has come a long, long way from its original format, with some of the newer titles being based on popular slots, sports, and even entertainment and quiz shows. Now, one of the main manufacturers of Slingo games plans to take the playing experience to a whole new level by partnering with the Discovery Channel.

So far, Gaming Realms has agreed to create two new titles through its blossoming partnership with the American-based cable channel. One (Slingo Shark Week) has already gone live and is available at some of the UK’s most popular online bingo sites including Foxy Bingo. The other is expected to be released later this year, and it will be based on the fascinating reality TV series, Deadliest Catch.

Ian Woods who is Discovery’s Senior VP of International Consumer Products hopes that fans of the shows will take the “opportunity to interact in a deeper way with titles and brands they love”.

Craig Falciglia is Director of Business Partnerships at Gaming Realms, and he says that “it’s incredibly exciting to be partnering with the Discovery Channel to create these new Slingo games based on two very popular television series.

More about the games

Slingo Shark Week made its debut on 16th June 2022, and it’s based on the long-running TV programming event, Shark Week, which sees the Discovery Channel dedicate a whole week of its schedule to shows about sharks each summer.

The game uses the familiar Slingo grid, and there are also five shark-inspired bonus games to try and trigger, including Spin the Shark Wheel, What Did the Shark Eat, Fish Grab, and Break the Cage. There are Wilds, Super Wilds, and Free Spins on offer as well.

As Slingo Deadliest Catch is still being worked on, Gaming Realms is keeping details of the game close to its chest. However, we strongly suspect that the graphics, paytable symbols, and even the bonus features may be inspired by popular themes and features on the Deadliest Catch TV show such as crab pots, fishing vessels, fishermen, and the crew’s base of Dutch Harbour in Alaska.

Look out for the game making a splash at your favourite bingo sites later in 2022.