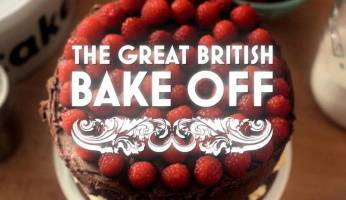 Nobody likes a soggy bottom, particularly when you’re sweating it out in the kitchen under the watchful eye of Paul Hollywood and Prue Leith as you try to create a baking masterpiece that is worthy enough to keep you in the show.

Many of us have been inspired to start baking at home thanks to the enthusiastic entrants of Channel 4’s The Great British Bake Off. And, even those of us who are culinary calamities still take solace in watching more talented members of the British public showing us how (and how not) to whizz up a delicious cake, pastry or loaf of bread.

Typically, each series of The Great British Bake Off sees the hosts of the show zipping between each contestant’s baking area to add words of encouragement. Then, at the end of each task, the contestants line up to await the judges’ verdict.

However, as this year’s series was filmed during the Coronavirus outbreak, the show’s producers had to do things a little differently to abide by social distancing rules and limit the risk of spreading the disease.

As Channel 4 bosses are acutely aware of the need for new TV shows to entertain the British public with during a time of crisis, and the huge popularity that Bake Off has enjoyed over the past few years, it was decided that all of the 2020 judges and contestants should self-isolate for 2 weeks prior to filming commencing. They were also required to take 3 COVID tests.

In July 2020, the 120-strong group all moved into a hotel in Bishops Stortford, with some of the contestants being invited to bring their children and partners with them as company for the next 6 weeks.

As filming was carried out on a 2 days on, 2 days off schedule, the show’s producers had to work extra hard to keep the bigger-than-usual social bubble entertained between filming sessions.

Both the cast and crew were able to enjoy bingo and cinema nights as well as football matches, and even the newest judge (Matt Lucas) was tasked with acting as bingo caller.

Kelly Webb-Lamb is Channel 4’s Deputy Director of Programmes, and she explained how the strict “testing and quarantining regimes” were critical to ensuring that all of the cast and crew could enter the giant social bubble knowing that “everybody there is [COVID-19] negative”.

Kelly added that even “minute details” such as the cars that are used to transport the stars and bakers “also have to be quarantined” while everything that’s brought onto the GBBO set “has to be completely disinfected”.

We’re certainly glad they thought it was worth the effort to get this great show back on our screens. Be there every Tuesday at 8pm.