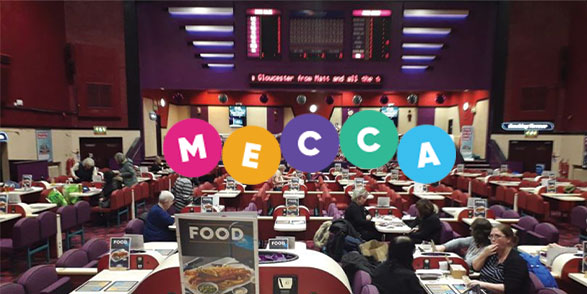 Following a recent announcement confirming the last day of operation for the soon-to-be-closed Mecca Bingo club in Gloucester, locals have taken to Facebook to air their views on what should happen to the venue next. The post, dated 25th June 2022, has already attracted scores of comments, with many still in shock about the unexpected closure.

When is the bingo hall closing?

According to the latest Facebook post published on the Eastgate Street club’s page earlier this week, its last official day will be Sunday, 14th August 2022.

The club describes it as “a very sad and difficult time”, but thanks its customers for their “overwhelming support” and promises that there will be some exciting plans for its last week of business. The venue is also reminding customers to use any vouchers before it closes.

What do locals want to see take its place?

After operating as a bingo hall for 46 years, the club’s sudden closure has got many residents wondering what, if anything, will take its place. The locals are also keen not to see the building stay boarded up after it closes next month, with one person saying to a Gloucester online newspaper, “B&M gone, now this. Ghost City. City Council officers need to address these issues”.

Some have already made suggestions, several of them relating to a new theatre for the city centre, with one person in particular believing that a theatre would create some “competition” for the nearby Everyman Theatre in Cheltenham.

Another reader has suggested that the venue could be used as a family-friendly ice rink. Others are eager to see it become a live music venue as there is a large student community nearby and it’s the ideal size “to support some decent bands”.

One person believes the bingo hall has “a lot of potential” if “it falls into the right hands” but is concerned that it will end up becoming a nightclub or pub if efforts are not made to repurpose it effectively.

A former employee of the bingo hall says that it is “such a shame” that “people don’t get out no more” and are instead playing online. However, she hopes that whoever buys the building “turns it into something great that all can enjoy and love.”