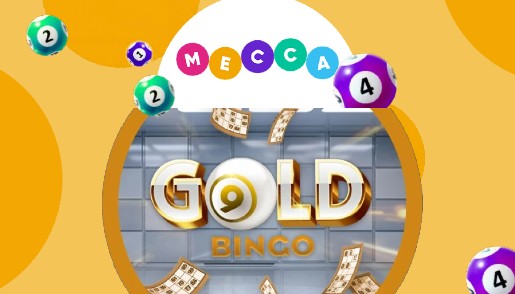 Gold Rush Room at Mecca Bingo Gets a New Name

If you’re familiar with the Gold Rush room at Mecca Bingo, you might have wondered where it’s got to as it’s no longer visible in the website’s bingo lobby. Thankfully, we’ve discovered that rather than being removed altogether, the room has been renamed and it’s still serving up a massive monthly prize pool alongside networked games around-the-clock.

Aside from the name, the room has been treated to a “glittering makeover” yet it still boasts the same massive £2m monthly prize pool.

When does the room open?

The Gold Bingo room is a networked room, which means that it hosts games across the Virtue Fusion network which includes brands such as William Hill, Betfair, and Paddy Power Bingo. It opens 24/7, so whether you’re a night owl or an early riser, you can drop in at any time to enjoy exciting online bingo games.

How do I buy tickets?

You can either pre-buy tickets for the Gold Bingo room via the Mecca Bingo lobby or grab them on the day. Ticket prices start at a budget-friendly 1p.

What prizes can I win?

The games in the room offer players the chance to win up to £5,000 per game. The exact amount depends on how many players have bought tickets.

The schedule changes from day  to day to give everyone something to look forward to.

On Mondays, you can take part in Roll On night which includes a tasty £30k prize pool

On Tuesdays, you can get more bang for your buck thanks to Value Night. Tickets cost as little as a penny and there’s a £30,000 prize pool.

Value Night returns on Thursday where you can play for £30k for just 1p per ticket.

On Saturdays, the prize pool is worth over £45k from 6 PM.

Stop by the Gold Bingo Room between 6 PM and midnight on Sundays for the chance to take home a share of £30,000+.