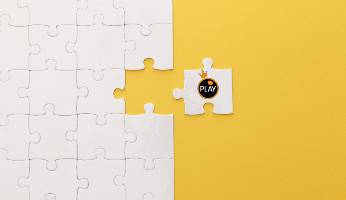 How Pragmatic Play is Enhancing the Online Bingo Experience

Following the unexpected exit of Microgaming and Cozy Games from the UK bingo market, Pragmatic Play says that it’s ready to step up to the mark. The company’s vice president explains how it plans to fill the gap and provide online bingo players with something exciting, new and unique.

While Pragmatic Play was originally designed to create leading slots and casino content for the iGaming industry, it has expanded its horizons in recent years in a bid to become a one-stop shop for operators across the UK and Europe.

The developer introduced its online bingo platform in 2019, and despite being the newcomer to a distinctly competitive scene, it surprised everyone by rapidly signing up operators including Nektan (which owns over 100 in-house and white-label online games sites), Jumpman Gaming, SkillOnNet (PlayOJO) and LeoVegas.

However, Pragmatic Play isn’t content with sitting on its laurels as its Vice President, Claire McDaid recently revealed to Gaming Intelligence.

We should also mention that Claire McDaid knows a thing or two (i.e. a heck of a lot) about making a great online bingo experience as she was previously Head of Foxy Bingo!

How and why Pragmatic Play wants to take a new direction

Claire says that when she decided to start working in B2B, it was due to the “sheer frustration” that she and other online bingo operators were feeling about the current market offering, which she describes as having “really gone quite stale”.

Her move to Pragmatic Play helped her and her colleagues begin developing a new and highly innovative product that would please players while also allowing operators greater flexibility.

While many operators were not fully satisfied with their existing bingo product they were thrilled to find they were able to partially jump ship by integrating Pragmatic’s bingo suite without having to completely change their entire software platform.

Pragmatic Play continues to establish its reputation for great online bingo in the same way that it has already done with online slots. According to Claire, speed and innovation are key to its continued success. The company’s Bingo Blast room was an instant hit for example.