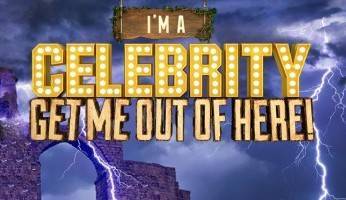 I’m A Celebrity 2020 Line Up Revealed

The 2020 I’m a Celebrity Get Me Out of Here line up has been revealed by ITV bosses and it has fans of the show very excited! Sponsored this year by Tombola Arcade, the 10 confirmed contestants will be taking part in gruelling challenges at Gwrych Castle in North Wales, rather than the usual Australian jungle setting.

Which Celebrity Contestants Have Been Announced?

10 celebrity contestants for the show have been revealed and fans haven’t been disappointed as it looks like it is going to be one of the best line ups yet!

The highest-paid star entering the jungle is Sir Mo Farah, who has set the record of the most successful British track athlete in Olympic Games history and is reportedly earning a cool £300,000 for up to 22 days in the Welsh castle.

Shane Richie is another famous face that is likely to be earning a decent amount for his participation, but viewers will be delighted to see him on their screens again. Best known for playing Alfie Moon on EastEnders, he has been around showbiz for a long time, even turning up in soap powder commercials many moons ago. Another soap legend heading to Wales is Beverly Callard who played Liz McDonald on Coronation Street. Finally, rounding out the soap stars is Jessica Plummer who is a former EastEnders actress.

Hollie Arnold, who holds an MBE, will be taking part in the series and she is a Paralympic gold medallist.

Of course, there are some BBC stars in the confirmed line up, such as professional dancer from Strictly Come Dancing, AJ Pritchard, and journalist Victory Derbyshire.

Radio 1 DJ Jordan North has been confirmed too. There are a few faces whose partners tend to steal the spotlight such as Vernon Kay, husband of Tess Daley and another Strictly Come Dancing connection, who will be entering the jungle alongside Giovanna Fletcher who’s husband is Tom Fletcher from pop band McFly.

It is rumoured that a further 2 contestants may be entering the castle at some point during the series, but this has not yet been confirmed.

The show, which is in its 20th series and is still as popular as ever, has been moved to Wales this year due to the ongoing COVID-19 pandemic and concerns over travelling to and from Australia where the show is usually filmed in the jungle outback.

However, it looks like the first episode of the show may already be affected as the former Strictly Come Dancing professional, AJ Pritchard has reportedly tested positive just days before the show is set to launch. Currently, it is due to start on Sunday, November 15th. It has been reported that Pritchard was shocked to have tested positive as he was a-symptomatic.

Ant and Dec, who are back to present the show, alongside all the contestants and crew, will be required to undergo frequent COVID-19 testing to keep the show running safely.

Viewers can tune in to the show when it launches on Sunday at 9pm!