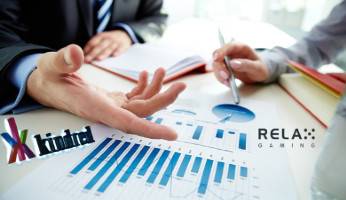 The company behind famous gambling names like Unibet and 32Red has arranged to purchase the remaining shares in Relax Gaming. The deal will allow Relax Gaming to accelerate the expansion of its B2B offering around the world, while Kindred Group brands will benefit from the software developer’s full product portfolio.

Two major names in the online gambling industry are set to permanently join forces this year after Kindred Group signed an agreement to buy the outstanding shares in Relax Gaming.

How much is the deal worth?

According to a press release that was recently issued by Kindred Group, it is set to acquire the 66.6% shares that remain available to purchase at a cost of up to EUR 320m.

The company has already purchased the other 33.4% and has been investing in Relax Gaming since 2013.

Does this mean that Relax Gaming will no longer exist?

While Relax Gaming will soon be officially owned by Kindred Group, it will continue to design games as a separate B2B company. It will retain its current portfolio of games and continue to fulfill its overall strategy.

Relax Gaming’s Chairman and Co-Founder, Patrik Osteraker says that his company’s “continued independence is a key element of the transaction” and that he will remain on Relax Gaming’s executive board after the acquisition has been completed.

Who is Kindred Group?

Kindred Group was founded by Anders Storm in 1997 in a bid to change the way that people gamble and “offer them an experience suited to the modern digital world”.

The company launched Unibet soon after, and now owns 9 of the most successful online gambling brands in Europe, including 32Red, Bingo.com and Maria Casino.

Who is Relax Gaming?

Relax Gaming is an award-winning software supplier that was founded in 2010 by Jani Tekoniemi and Patrik Osteraker. It has created several popular video slots including Money Train, Snake Arena, Temple Tumble, Kluster Krystals Megaclusters and Ramses’ Revenge, as well as online bingo and poker platforms.