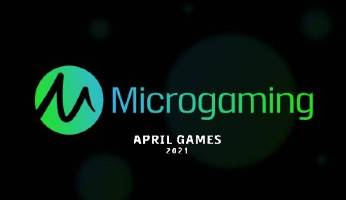 While Microgaming might have retired its online bingo platform, leaving brands like Butlers and Dotty Bingo having to find alternative software solutions, the leading software developer continues to create new slots and casino games, some of which can be enjoyed at popular online bingo sites like MrQ and Bingocams.

This month, Microgaming has confirmed 10 new products which have either been made in-house or via agreements with its partners. They include 9 new slot games and a new edition of its successful Hold’Em Poker title.

One of the most highly anticipated releases is 8 Golden Skulls of Holly Roger which is made by one of the newest recruits to Microgaming’s network of independent software studios, Buck Stakes Entertainment. It’s a Megaways game that uses a fun, female-led pirate theme and offers prizes of up to 1,900x, Rolling Reels (as seen in Immortal Romance, Lara Croft: Temples and Tombs and Treasures of Lion City), a free spins bonus, a Firepot Jackpot, mystery symbols, and a multiplier bonus wheel.

There are also two Egyptian-themed slots – Queen of Alexandria and Egyptian Tombs coming from 13th and 29th April 2021 respectively. Queen of Alexandria is a title by Neon Valley Studios which boasts four jackpots, a re-spin feature and expanding wilds. Egyptian Tombs is a collaboration between Microgaming and Snowborn Games which takes you to the land of the ancient pharaohs to play for prizes via Super Spins, Ra wilds, free spins, and the Tomb Bonus.

Fans of the developer’s iconic vampire-themed Immortal Romance slot will no doubt be keen to check out Rabcat’s Anna Van Helsing Monster Huntress which is set for release in mid-April. It comes with multiple special features including Dracula’s Banishment, Wolf Attack and Wolf Howl which can serve up free spins, expanding wilds, re-spins, sticky symbols, and a max win of 1,500x.