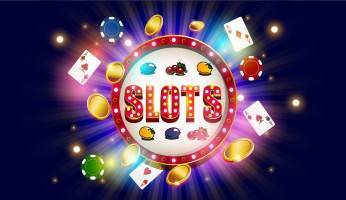 Hands up, who’s put their heating back on yet? After one final hint of sunshine, the usual UK autumn weather is back and with vengeance. It’s already dark by seven in the evening and all we can do is sit in our armchairs wondering where the summer went. Still, soon be Christmas, eh?

The more observant among you may have noticed that it’s been a while since our last slotting round-up. We have a very good excuse for that … (no, not COVID-19) … the slotting output over September really decelerated. Maybe the gaming developers all went on holiday together?

Anyhow, some slots were released in September and happily, slotting output looks to be back to normal in October and beyond. Here though are a few details of the best new online slots to have hit the casinos in the last month or so.

We are not usually fans of sequels here at WhichBingo, but if the sequel is an improvement on an already decent game (like Gonzo’s Quest Megaways) we are willing to give it the old thumbs up. That’s what we are doing with Reactoonz 2 as we were firm fans of the original.

Reactoonz has already had a sequel of sorts – Energoonz released earlier this year – but that was more of a prequel than a sequel. The original Reactoonz featured all these weird and colourful aliens, most of which would have been terrible at table tennis because they only had one eye! The cute aliens are back, and they’ve brought their bigger cousins – Energoonz and Garguntoonz with them!

This is a classic cluster pays slots game where groups of aliens combine to power up energy meters to add power-ups to your entertainment and hopefully power your casino account with a few handy payouts.

When it comes to Swedish online casino software developers everyone immediately thinks of NetEnt and those that don’t think of Play’n’Go. Sadly, that means that Quickspin (also based in Stockholm) seldom get a look in … which is a shame as they produce many very high-quality slots.

Ghost Glyph is a fine example of what Quickspin is capable of producing. This is another cluster pays slot with seven rows and seven columns. Payouts are earned by players landing clusters of the same symbol as opposed to winning paylines.

The most interesting feature here is the ghostly pots that sit atop the playing grid. Every winning spin generates a ghost and a respin and if that respin generates another win one of the pots will release a spooky ghost onto the reels.

Each colourful phantom has its own spooky skill, all aimed at upping your chances of generating some cash from this game.

Badda Bing Badda Boom. Did you know that during the heyday of the New York mafia (in the mid-to-late 1970s) five families, in particular, ruled over the entire arena of organised crime? Those five families – Gambino, Bonanno, Genovese, Lucchese and Colombo – were not to be messed with, and it would be a crime for you to miss out on this mafia-influenced slot from Red Tiger.

If you prefer simple-looking and simple-playing slots to complicated ones then you shouldn’t hope that the developers of this title will end up ‘swimming wiv da fishies’. This title has five reels and only ten paylines, and is bereft of free spins or scatters.

The joy in this game comes with repeated wins that see you load up a five-shooter. If you get to shove a bullet into every chamber then you get to go play in the ‘VIP’ room where it’s more of the same except that all wins are multiplied by five. Each non-winning spin takes a bullet from the revolver (but winning spins add one back) and once the chamber is completely empty it is bye-bye to your VIP status!

A decent game that’s let down a little by the lack of features, but the frequent win opportunities are nice.

As we mentioned in our intro, the number of slots due before the end of this awful, pandemic-themed year has increased in pace. Play’n GO are still pursuing their ‘one slot per week’ plan and have a number of releases due before 2021, including Disco Diamonds, New Year Riches and Piggy Bank Farm. In addition, Pragmatic Play has also increased its output in recent months.

Another NetEnt classic is getting the Megaways makeover following on from Gonzo’s Quest. This time it is Twin $pin which is being maxed out, due for release in early November. Here at WhichBingo, we are also looking forward to Titan Thunder: Wrath of Hades (Quickspin) and Nitropolis (ELK Studios). Check back in a week or two’s time for our next round-up of the latest online slotting action.