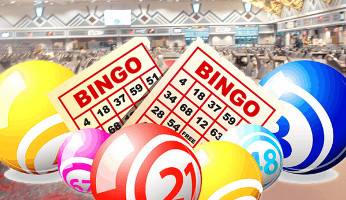 While they say that “good things come in small packages, when it comes to bingo, many of the world records involve super-sized achievements. Today, we’ve rounded up some of the best for your enjoyment.

The Guinness World Record for the largest bingo ticket was awarded to Gila River Hotels & Casinos in Arizona in April 2019. The ticket measured a mighty 400 square foot. We wouldn’t fancy our chances of keeping track of tickets this size!

The record for the largest set of bingo balls was broken at the same time as the event above and the balls were used to play a game of giant bingo. The balls measured 4 foot in diameter, which easily beat one of the previous world record holder’s (Sun Bingo) achievement of 2 foot, 4 inches.

The biggest game of bingo

You may have been to your local bingo hall on a Saturday night and been surprised by how many people turned up to play, but we’ll bet that it’s nowhere near the number that attended the official largest game of bingo. No less than 70,080 participants took part in the event held in Bogota, Columbia in December 2006!

The record for the world’s largest online bingo game was set in 2010 by 493,824 members of Tokyo’s Coca-Cola Park. We wonder what the chances of winning were?

Bingo drums (or tombolas) are steadily being replaced by electronic machines and software, but traditional ones are still used in some events.

The person who was picked to turn the handle of the drum in the current world record for the biggest bingo drum had to stand on a high podium.

It was specially created for a New Year’s Eve event in Japan called Monst Bingo back in December 2017, and the drum measured just over 10 foot in diameter and almost 10 foot in width.