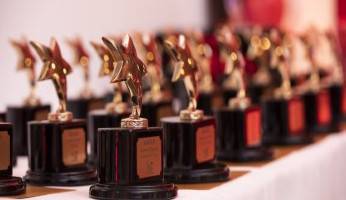 This year’s International Gaming Awards saw brands like Majestic Bingo, LeoVegas and Microgaming recognised for their achievements. Thanks to the removal of COVID-19 restrictions, the event was allowed to take place live at The Savoy in London on Wednesday, 8th September 2021.

What are the International Gaming Awards?

The International Gaming Awards is a charity-focused annual event that sees hundreds of industry insiders and gaming clients from around the globe come together to acknowledge the latest movers and shakers in the online gaming industry.

This year’s event was held in London and the judges announced live to the audience which companies had made the final cut from the thousands of nominations that they had received.

While only one bingo brand managed to take home an award, it was great to see Majestic Bingo win Game of the Year for its innovative and exclusive club game, “Don’t Find the Nine”.

“Don’t Find the Nine” was created by Majestic Bingo and Willow Communications and launched in October of last year. It’s a game that sees players try to avoid the number 9 in order to win a jackpot.

Majestic Bingo operates 13 British bingo clubs as well as an online gaming site that offers both bingo and slots.

You can find many of Yggdrasil’s most popular slots at online bingo sites, including Thor Infinity Reels, Atlantis Megaways, Valley of the Gods 2 and Neon Rush Splitz.

Fellow slot developer, Just for the Win received the award for Rising Star of the Year.

LeoVegas launched online bingo last year through its partnership with Pragmatic Play, the latter of whom continued its winning ways when it was voted RNG Casino Supplier of the Year.

Another big name in the online bingo and casino industry, Microgaming, was announced the Innovator of the Year (Supplier). Despite Microgaming withdrawing its online bingo software in 2020, it continues to excite online bingo players with its slots and live casino products.