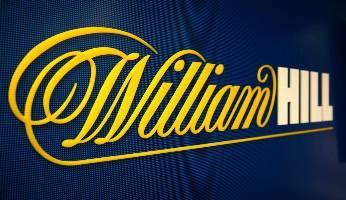 We were surprised to see an online article which suggests that a new bingo hall run by William Hill could soon be opening in Whitby, North Yorkshire.

The famous British bookmaker already owns premises in the popular seaside town. However, it was forced to close the betting shop last year (along with scores of others) after the company claimed that lost revenues on gaming machines meant that it was no longer financially viable to keep it open.

However, there could be life in the old shop yet as, according to the information we’ve recently seen, William Hill submitted a change of use application to Scarborough Council in the hope of resurrecting the now unoccupied premises as a bingo hall.

A rival for Buzz Bingo and Mecca Bingo?

The source also says that the council received several objections from local residents, organisations, and businesses, including one resident who objected on the grounds that gambling “preys on vulnerable people”.

Another objection was submitted by Whitby Civic Centre which feels that the application goes against the council’s local plan which dictates that amusement arcades should be confined to a “specific stretch” of the seafront on Pier Road. The Civic Centre has additional concerns about the new venue spoiling “the character and appearance of the conservation area”.

However, Scarborough Council has defended its decision to approve the change of use request, saying that the application does not conflict with its local plan. It also points out in its approval report that the applicant (William Hill) is not seeking to create a gaming centre, but a dedicated bingo hall.

In our opinion, it seems odd that William Hill would be looking to open a bingo hall in the current climate, considering other major UK operators, including Buzz Bingo, have had to shut some of their venues due to the knock-on effects of COVID-19 restrictions and overall declining footfall.

We also wonder whether a betting shop would have sufficient floor space to operate as a bingo hall where you’d typically find scores of tables, a cashier, bar, games area, and reception area?

While we must all wait to find out more, there’s always the option to play bingo with William Hill online!