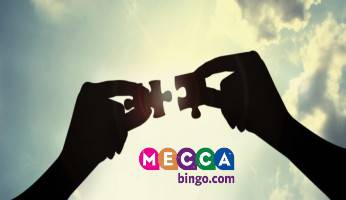 If you love a happy news story, come and read about how two long-lost sisters got back in touch after 15 years after a chance encounter at an online bingo site. Thanks to Mecca Bingo, Amanda and Melissa Paterson are now making up for lost time. We touched on this story briefly in our most recent weekly news roundup but thought that the story deserved a more in-depth look.

Many of us have realised the importance of family and close friends after being unable to meet in person for long periods of time during lockdown. However, not all families see eye-to-eye while others can drift apart over the years. So, it comes as a lovely surprise to hear that Mecca Bingo accidentally helped reintroduce two siblings to each other after more than a decade!

How did they come to be separated?

Growing up, Melissa and Amanda Paterson say that they were inseparable, and both of them have fond memories of being taken to the local bingo club with their mum as young girls. However, after the sisters’ parents got divorced, they both left home and took their own paths.

43-year-old Melissa, stayed in the Colchester area while Amanda moved to Ipswich. Both women settled down with their partners and went onto have children, yet despite thinking about each other regularly, Amanda says that “the more time that went by, the less I felt I could reach out to her”.

How did the girls find each other again?

It seems as though their shared love of bingo was destined to bring the pair back together again.

Although the women have only just shared their story with journalists, the chance encounter occurred just before the beginning of the COVID-19 pandemic back in February 2020.

Both Melissa and Amanda are members of one of the UK’s most popular online bingo sites, Mecca Bingo, and they began chatting one day in one of the site’s chatrooms.

Due to players using aliases for security purposes, there was no reason for them to believe that they might know each other. However, it wasn’t long before they started putting two and two together and realising that they shared many similarities, including where they grew up, their ages and where they went to school.

After confirming their suspicions, the women enlisted the help of the site manager so that they could exchange contact details without breaking the chat room rules. They rang each other immediately and chatted for hours.

Although they had to wait until lockdown restrictions were eased to be able to meet in person, the pair finally got to see each other face-to-face over the 2021 May Bank Holiday weekend in Great Yarmouth. They’re now looking forward to spending Christmas together.

The social side of bingo

As Amanda points out, Mecca Bingo has “a nice community” and says that she enjoys chatting to other players while online. Even before lockdown began on 23rd March 2020, she’d been feeling isolated due to one of her children having chickenpox, and thanks to Mecca, she was able to “reach out for a bit of adult conversation”.

Many of us love the social side of bingo too, and according to the players who were surveyed for the 2021 WhichBingo Annual Report, 53% say that being part of an online community is important or very important.

The same can be said for fans of land-based bingo, with 36% of players saying that the main benefit of playing in person is meeting other people and sharing the excitement of the games.