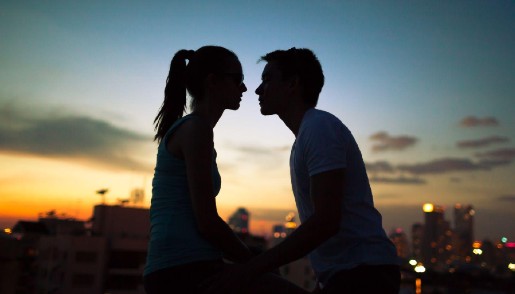 The Loved-Up Survey: The Most In-Love and Smitten Regions Revealed

Love is in the air, and with that comes other things that are always on our minds – passion, romance and sex. Let’s face it, whether you’re just getting to know a new partner or have a long-term established bond with your significant other, one of life’s greatest pleasures is spending quality time with one another – including between the sheets. But where in the UK is the most loved-up, and where needs to give their love life some TLC?

The Loved-Up Regions Survey, from WhichBingo, asked 1,000 Brits in relationships key questions about the passion they share with their partner, – including how often they have sex, how often they argue, and how in-love they consider themselves to be in their current coupling – to name the most and least amorous parts of the UK…

Love looks different for all couples, whether it’s packing on the PDA in public, planning romantic surprises for one another, or consistently carving out quality time to spend doing nothing together. But how secure do the nation’s couples currently feel in their relationships, and how passionate are their pairings?

It seems that not everyone is lucky in love, as while a quarter (26%) of couples are happy to say that they’re very in love with their significant other, 1 in 10 admit that they don’t feel at all romantically satisfied in their relationships.

Most to Least Loved-Up Demographics

Millennials proved to be the happiest in their current relationships, with 25-34 year olds accounting for the highest proportion (38%) of those feeling very loved up. Meanwhile, couples aged between 55 and 64 were most likely (23%) to not feel romantic at all, suggesting that they’ve since fallen out or love or grown tired of their significant other.

As for the most loved up regions in the UK, it’s couples in the North East who proved to be the most blissed out (37%) in their relationship when compared to any other location. On the other end of the scale, couples in Wales and the North West might want to reevaluate their relationship, as they were the regions that reported the lowest amount of love for their significant other (17%).

Prioritising one-on-one time to spend catching up is key to maintaining passion and feeling connected in a relationship – especially for long-term couples who may have become complacent. But how many of us are successfully making time for our significant others? We asked the nation’s couples about their level of intimacy in their current relationship, specifically looking at the frequency of date nights, and how often they have sex.

The survey revealed that almost a quarter (24%) of UK adults never carve out time for a date night with their partner. That’s not too surprising given the stressful factors people have to deal with on a daily basis – whether it’s long working hours, dealing with unruly kids or worrying about finances.

People deal with different stresses at different stages of their life, so it’s encouraging to see that those aged 65 and above accounted for the highest proportion (21%) of those who have several dates a week – suggesting we’re able to make more time for one another again as we get older.

Most to Least Sexually Active Regions

As for the regions that are home to the most in-love couples, the results show that it’s the West Midlands that’s the most amorous region, with the majority (72%) of couples managing to schedule a date night at least once a month.

Meanwhile, Scotland is the least romantic of all the regions, with just two-fifths (40%) of couples going on a date night at least once a month, and 1 in 10 couples only planning a date night once every six months – or twice a year.

For some couples, fitting in regular dates with their significant other directly impacts the likelihood of sex, as they’re able to schedule one-on-one time with each other for the entire evening.

And while some couples have no difficulty scheduling time to get down and dirty – with the average couple having sex 2-3 times a week – others do struggle to make that time for one another, as 1 in 10 people reported that they never have sex with their significant other.

Interestingly, older generations are getting it on more than their younger counterparts, with 20% of older couples (65+) having sex once a day compared to 7% of those aged 18-25 – seemingly confirming the old rumour that sex improves with age.

A healthy sexual relationship is key to a happy life for many, as it’s proven to increase your level of commitment and emotional connection with your partner – and regular sex can even increase the likelihood of a couple staying together.

But sexual desire isn’t the only passion that can be found in a relationship, as the survey also looked to uncover the nation’s feelings around arguing with their partner – namely how often they clash, and whether they find it easy to find a resolution.

While 16% of couples blissfully claim that they don’t argue at all, the average couple (19%) argues or bickers with one another at least twice a week.

Gen Z couples prove to have the most tumultuous relationships, arguing on average at least three times a week, while things cool off a little for the average 45-54 year old with arguments occurring just once a week.

Arguing and disagreements can put some strain on couples, but this isn’t a big deal if they’re able to reconcile their differences and move forward together. That’s probably why people say you shouldn’t go to bed angry, with the survey revealing that a quarter of couples feel the same (23%), saying that they actively try to resolve things with their partner before turning in for the night.

Interestingly, women are more inclined to fix things before bed (28%) than men (20%). This makes sense, given that the survey also found men (30%) find it harder to resolve arguments with their partners than women do (25%).

But even if finding a resolution is hard, and couples don’t quite see eye to eye, it doesn’t have to be a big deal, as over half of adults believe that some disagreement is healthy within a relationship, while 46% always own up when they’re in the wrong, suggesting they’re eager to find a healthy middle ground and keep moving forwards together.

“These results reveal some startling differences in attitudes around the country and cross-generationally, particularly when it comes to passion and romance. However, it’s good to see that a constructive argument is not perceived as a big problem, and that sex doesn’t disappear once we get older.

“The main takeaway from the findings should be that there is no set recipe for a successful relationship – it takes time and effort from both parties to make a partnership strong. But as long as we’re scheduling quality time for one another, keeping the passion alive, and always focusing on healthy communication, we should be on the right track.”

So, whether you’re looking for love or are happily settled in a long-term relationship, it’s clear that we as a nation are big on passion – and that passion happily doesn’t decrease with age. To find other activities that are sure to get your heart racing – and that you can do on your own – why not also check out our top-rated new bingo sites?