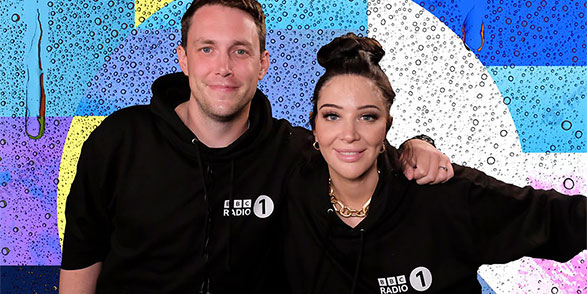 Meet the Stars of Innuendo Bingo 2022

After an 18-month break due to COVID-19, Radio 1’s popular Innuendo Bingo show returned to the airwaves in June 2022. Despite having to alter its format to make things safer for its contestants, the show has come back to rave reviews from the public and celebrities alike. Today, we look at some of the famous faces who have appeared on the show so far since its return and how they fared against their fellow players.

N-Dubz star Tulisa was among the first celebs to accept Scott Mills’ challenge to appear on Innuendo Bingo. The singer was placed inside a plastic box so that the other contestant couldn’t spit water directly in her face. This time around, it was a draw between Tulisa and Chris Stark who both burst out laughing simultaneously when a clip containing the phrase “the evergreen sarcococca hookeriana will tolerate synchronized fountains” was played to them. After composing herself, a bewildered Tulisa asked, “What was that?! A coccawocca-what?”

Funny man and voiceover supremo Iain Stirling (who also happens to be married to Love Island’s Laura Whitmore) recently stepped up to challenge Chris on the show.

With their heads in plastic boxes explaining to viewers how the boxes help them to stay safer, both Chris and Iain had already started laughing before the contest officially got underway. Plus, as Scott Mills prepared the duo for the upcoming clip, the mere mention of a BBC Radio York presenter called Georgey Spanswick already had Iain giggling profusely. The ensuing clip contained an unfortunate slip of the tongue in which the presenter wrongly referred to a location as “semen” causing Iain to once again douse himself in water.

DJ and ex-Geordie Shore guest Joel Corry has also joined Scott and Chris on the show. Both contestants dutifully loaded their mouths with “as much water as you can” according to Scott’s instructions before listening to a clip from a BBC Test Match special cricket commentary. Commenting on the size and weight of ladies’ cricket balls, the presenter asked some eyebrow-raising questions such as how much lighter they would feel in your hand compared to a man’s cricket ball. Joel managed to stay surprisingly composed while Chris started chuckling and dribbling.

Some of the other celebs who have appeared on Innuendo Bingo so far this summer include British rapper Aitch. Sadly however, there may not be any more shows to enjoy this year as Scott and Chris announced this month that they would be leaving Radio 1 next month. We will have to wait and see if the next presenter of the show will carry on the Innuendo Bingo tradition on Radio 1 or if Scott will take it with him to Radio 2.