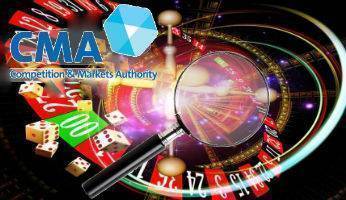 The proposed merger of two online wagering giants – Flutter Entertainment Plc and The Stars Group Inc – is to be investigated by the UK Competition and Markets Authority it has been announced. The deal was struck between Flutter and Stars in October 2019, with the notion that the deal would be completed by the third quarter of 2020. As with all mergers that could be viewed by rival companies as constituting a monopoly, the deal is to be looked at and ratified by an independent third party, namely the CMA.

Who is Flutter Entertainment Plc?

Flutter is a relatively new name on the online wagering scene, but only because it came about as a rebranding of some very familiar names indeed.

The origins of Flutter can be traced back to 2015 when the two rival online sports betting and gambling companies Paddy Power and Betfair announced that they were in plans to merge. As part of the deal, Paddy Power’s owners would control 52 per cent of the new company, and Betfair’s owners would control 48 per cent of the company. The deal was completed in February 2016 and as a result, 650 jobs at the merged business in the UK were lost.

After three years as ‘Paddy Power Betfair’ during which the separate brands maintained their own identities, the company announced in March 2019 that they were to rebrand overall as Flutter Entertainment Plc. All of the company’s brands, which included Paddy Power, Betfair, Sportsbet.co.au and FanDuel, would fall under this new umbrella.

Who are The Stars Group Inc?

The Stars Group is a Canadian company that has been around since 2001 and has previously been known as Amaya, the Amaya Gaming Group and the Rational Group. Amaya had previously caused ructions in the online gambling world in 2014 when they bought PokerStars and Full Tilt Poker for record-shattering $4.9 billion, creating the globe’s single biggest gambling company.

The company rebranded itself as The Stars Group in August 2017. The company owns PokerStars, Full Tilt Poker, Sky Betting, Sky Gaming, BetStars, BetEasy and others.

Why are Flutter and Stats merging?

Big companies like to eat up smaller companies in order to reduce competition. Despite once being the biggest betting company on the face of the planet, The Stars Group have been overtaken by other wagering giants, such as Bet365, GVC Holdings and Flutter Entertainment themselves. Instead of continuing to flounder and grow less successful, The Stars Group has decided to say yes to Flutter’s $6 billion offer, even though it means they will be swallowed up by them.

Why is this deal contentious? Surely it is nobody’s business but the companies themselves?

It is the responsibility of all governments to make sure that their citizens are being treated fairly. Imagine if one petrol company went around and bought up all the other petrol companies in the UK so that they owned every single petrol station in the country. They could charge whatever they liked for petrol, and UK car owners would have no choice but to pay.

Monopolies (i.e. when one company is the sole provider of a certain, usually vital commodity) are also bad for the business world as a whole, as competition is healthier when monopolies do not exist. Once a company gets ‘too big’ there’s a danger that its rivals will falter and collapse, therefore creating a monopoly.

What will CMA do if they find against the merger?

It is the job of the CMA to evaluate the likely impact that this merger of Flutter and The Stars Group will have on the rest of the online wagering industry. The merger will create, by far, the biggest global gambling company, dwarfing current UK leaders Bet365 and other huge companies such as GVC Holdings. The CMA has until 31 March to decide whether the merger should be formally analysed and investigated.

The deal will also impact companies in Australia and the USA. In Australia, the merger will also involve the merger of two rival sports-betting companies, namely SportsBet AUS and BetEasy. In the US partnerships will be created between Fox Sports, Fastball Holdings and Boyd Interactive.

It is entirely possible that the CMA will say that the merger cannot move forward. Flutter has already agreed to a $60 million termination clause if the deal is not completed, which they will have to pay to The Stars Group if the deal is curtailed.

This is not the first time that an online wagering deal has come under intense scrutiny. In 2016 the CMA investigated the deal between Ladbrokes and Gala Coral. They decided that the deal could only go ahead if the new company immediately sold around 400 real-world betting shops in order not to harm local competition. That merger was completed in November 2016, although just over a year later the new company was gobbled up by GVC Holdings.