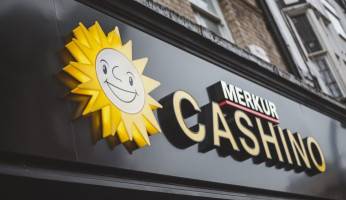 Newly branded Merkur is piloting a community-based rewards scheme in ten of its venues across the UK. It’s now on the hunt for local heroes and groups that deserve both recognition and financial donations.

One of Britain’s biggest bingo chains is on the hunt for local not-for-profit groups that “quietly get on doing outstanding work in the community” while “frequently going unnoticed”.

Merkur’s mission started back in March when it created the Merkur Initiative in a bid to help hundreds of local communities and good causes.

This month, it’s going to be piloting the initiative in 10 of its venues, and according to the company’s Customer Experience Manager, Lola Wood, it will “build on the profound connections” that exist between its 180 high street entertainment venues and their local communities.

Due to their local knowledge, Merkur employees are being asked to nominate the good causes that they wish to support. Their venues will then help to raise funds for their chosen causes while Merkur’s head office will also contribute towards the final donation.

Both individuals and groups can be nominated as part of the initiative, and if the pilot proves successful, it will then be extended to all 180 of the company’s clubs.

Merkur previously went by the name Beacon Bingo and, since rebranding, it now represents a vast number of bingo halls and high street entertainment centres up and down the UK.

The company forms part of the German-owned Gauselmann Group, which was established back in 1957 and currently employs around 14,000 staff.

Merkur also happens to own the biggest bingo club in Europe. It’s situated in Cricklewood in north-west London and it can accommodate 2,200 visitors.

Merkur Slots also works alongside the National Trust to aid its Woodland Appeal, and its donations to date have helped to plant 1,500 trees that will “provide sanctuary for wildlife, clean our air and bring balance to fragile landscapes”.