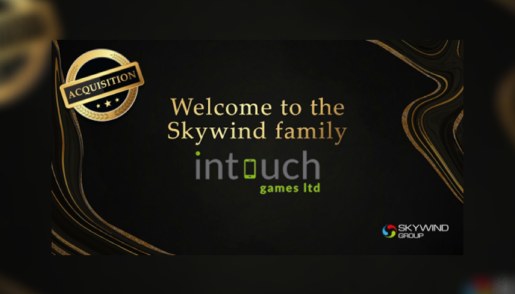 InTouch Games’ mobile-first casino and bingo brands have been snapped up by Skywind. The software developer, which was founded in 2012, is using the acquisition to expand its presence in the UK’s iGaming market.

Who are InTouch Games?

InTouch Games launched its flagship brand mFortune back in 2007, and since then, it has launched a further 7 mobile-optimised brands including PocketWin, Dr Slot, Mr Spin, Cashmo, Casino 2020, Bonus Boss, and Jammy Monkey.

The company also creates its own games, including a mobile-friendly suite of bingo games that can be played at mFortune Bingo.

Skywind was established in 2012 by a team of industry professionals that share a love of innovation and game development. Over the past decade, the company has created more than 200 online slots and live casino games which are made available through Skywind’s proprietary software solution.

Skywind’s games have already started to appear at several online casinos and bingo sites since it was awarded a UK gambling license. Its partners include Gala Casino, Novibet, Mansion Casino, Coral, Ladbrokes, and Entain.

Skywind says that Intouch Games is a “natural fit” and is confident that the acquisition will help to “immediately increase” its stance in the UK gambling market. It plans to add its own games to the Intouch Games brands that it’s in the process of purchasing, giving fans of mFortune and its sister sites access to more mainstream games.

Some of the Skywind titles that could soon be appearing at mFortune, Jammy Monkey, and other Intouch Games brands include Teller of Tales, Shaolin Showdown, Big Top Bonanza Megaways, Fishin for Wins, Big 7 Slots, and Money Grows on Trees.

Will mFortune Bingo cease to exist?

As it seems that Skywind merely plans to extend the existing Intouch Games’ games library, we expect that the bingo rooms at mFortune will continue to operate.

There are currently 11 bingo rooms including Amber, Pearl, and Emerald, each of which features a progressive jackpot, and tickets cost as little as 10p.