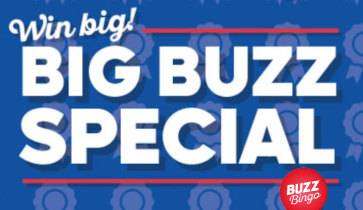 A bingo-playing OAP has made the headlines this week after taking home a massive £50k prize. The big win occurred at Buzz Bingo’s Motherwell club, and both the management and the player couldn’t be happier!

The lady in question was making a regular trip to her local bingo club and was particularly happy that she’d made the decision to play that day, after winning a whopping £50,000 jackpot.

The anonymous 78-year-old granny has been visiting Buzz Bingo in Motherwell for several decades, and she’s just become the second person to claim the operator’s exclusive Big Buzz Special Jackpot in the same venue in ten weeks.

The lucky OAP usually plays alongside her friend, and she’s made the generous decision to split her winnings with her pal.

She says that she plans to spend the remaining half on treats for herself, her kids and her grandchildren and believes that the big win is the perfect reason “for spoiling yourself”.

The club’s employees are celebrating too!

The manager of the Motherwell bingo club, Angela McPhee says that she and her team “couldn’t be happier” for the lucky winner. Angela also says that other players were cheering the 78-year-old on as her win was announced over the public address system.

Since the operator reopened its UK bingo clubs back in May, the Big Buzz Bingo Special Jackpot has been won 27 times. According to Buzz’s Peter Brigden, this works out as two winners per week. The Chief Retail Officer adds that “it’s great to celebrate a win and have the rest of the bingo community celebrate that too”.

The Big Buzz Special is Buzz’s “best special jackpot yet” and it can only be claimed by people playing in the operator’s clubs or via Buzz Bingo online. You can play for the £50k jackpot twice a day as part of the Main Event session. To win, you must call the full house within 42 numbers or fewer, and if there are multiple winners, each one gets the full £50,000!