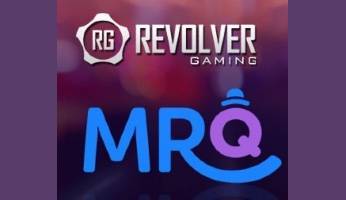 This week sees another new partnership forged between a major British gambling brand and a casino software developer.

MrQ, which is owned by UK-based Lindar Media, has signed an agreement with Revolver Gaming that will allow it to roll out the latter’s impressive portfolio of online slots, which includes an exciting progressive jackpot game called Neon Blaze.

The deal will mean that members of MrQ will shortly be able to enjoy 14 of Revolver’s most popular video slots such as Reign of Gnomes, Squish, Dragon Coins, Wishes, Space Traders, Parrots of the Caribbean, Good Fishes, and The Big Deal.

Other upcoming Revolver slots will also be added to the bingo site in due course, including the highly anticipated Thor of Asgard which is a highly volatile 1,024 ways-to-win game that features cascading symbols, three progressive jackpots, and increasing win multipliers.

Despite the potential setbacks that were presented to the online bingo and casino industries by the COVID-19 outbreak in 2020, Revolver Gaming has (according to its CEO) experienced its “best year yet and is expecting to see significant financial growth in 2021.

MrQ’s Savvas Fellas is pleased with the way that the brand is progressing, and he feels that the Revolver Gaming deal will enable MrQ to continue delivering “the best-in-class service and content to our growing user base”.

The unique online bingo brand with the wonderfully mysterious name first appeared on the scene in 2018. It initially focused on offering players exclusive bingo games and promotions using its in-house software platform, but has since extended its games lobby to include many top slots and table games.

MrQ believes in “no wagering, no nonsense” bonuses and promotions, and together with its bespoke online bingo platform, its innovative approach helped it to secure the EGR Operator Awards’ title of Rising Star 2019.