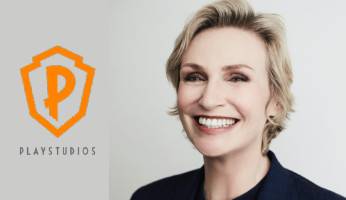 An ex-cast member of Glee and an Emmy award winner has been hired to act as a bingo caller by PLAYSTUDIOS. Players will be able to hear Jayne’s voice from 15th September on the MyVEGAS Bingo mobile app.

While award-winning female comedian, Jane Lynch is better recognised over the other side of the pond, many Brits will remember her as the grumpy and sharp-tongued high school coach, Sue Sylvester from the popular TV show, Glee.

Since leaving the show in 2015, Jane has kept busy with a number of projects, including a starring role as the host of the latest reboot of the US version of The Weakest Link.

Recently, Jane was approached by a social bingo developer and has now been confirmed as the app’s newest (and only celebrity) bingo caller.

More about the app and social bingo games

Social bingo apps have been around for over a decade, and many of you will be familiar with titles like Bingo Blitz. Although the apps don’t usually offer cash prizes to players, they’ve still become a hugely popular activity for mobile device users. For example, it’s estimated that Bingo Blitz has over 2 million active monthly users.

MyVEGAS Bingo launched earlier this year and it’s made by the same app develop as POP! Slots and MyVEGAS Slots (PLAYSTUDIOS).

In a bid to further boost its popularity, PLAYSTUDIOS has decided to enlist the help of a celebrity, but rather than asking Jane Lynch to promote the app via digital and print ads, it’s invited her to guest star as a bingo caller.

According to the developer, users of the app will be able to hear Jane “call bingo numbers, celebrate big wins, and inject her signature dry wit into the energetic action”.

There will also be additional features for players to take advantage of such as new Jane Lynch collectable badges and the chance to redeem their loyalty points for exclusive merchandise (including Jane’s latest album). They will also be able to use loyalty points to make a donation to one of Jane’s favourite charities, Direct Relief.

Jane’s take on her latest gig

Jane says that she had “a blast” collaborating with PLAYSTUDIOS, and she reckons that if she starts to get bored of acting, she could see a “bright future working the bingo circuit”.