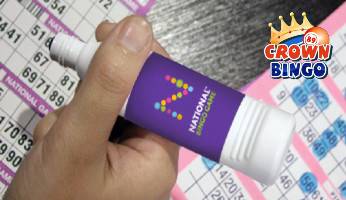 A regular Friday night bingo session for a 44-year-old player from Havant ended with a big celebration. The woman, who was playing alongside her sister and father is one of the latest players to scoop the National Bingo Game jackpot.

The National Bingo Game, which is a linked game played at multiple bingo clubs across the UK, is celebrating its latest big winner and it proves that you don’t have to attend a huge national chain to be in with a chance.

On August 6th 2021, a 44-year-old woman was shocked to find that all her numbers came in while playing at the Crown Bingo Club in Leigh Park, leaving her £50,000 better off.

Initially, the lady believed that she’d only won the full house prize, but following an official announcement shortly after the game ended, she realised that she’d also won the £50k top jackpot prize thanks to winning in the least number of calls.

As the shocked player struggled to process the amazing news, her fellow bingo players began applauding and cheering.

The club’s general manager, Gary Bell, describes her as being “in quite a state of shock” and is delighted that the venue’s Friday night bingo session had “changed [her] life in an amazing way”.

The woman has yet to comment on how she plans to spend her winnings, but the National Bingo Game’s Head of Commercial Operators is confident that “when the reality settles in, they will enjoy some treats”.

Leigh Park is a large suburb of Havant in Hampshire, and it’s been home to Crown Bingo for several decades.

The first Crown Bingo club was opened in Gosport in 1968 and the independent chain now owns and operates a further three clubs on the south coast of England.

As well as participating in the National Bingo game, Crown Bingo clubs also run their own Big Money Nights. For instance, on Wednesday evenings, there are prizes of up to £1,000 to play for.

Players needn’t worry about their tummies rumbling mid-game either, as the Saturday afternoon sessions include free breakfast bingo while free fish and chips are up for grabs on Friday afternoons.

Crown Bingo clubs open both afternoon and evening, 7 days a week and membership is free. We like the sound of all that free food – maybe some other operators could take a leaf out of Crown’s book!