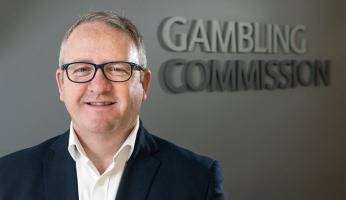 The UK Gambling Commission, which is in charge of regulating and licensing gambling operators in the United Kingdom, has confirmed that its Chief Executive Officer, Neil McArthur, will be moving on to pastures new after holding posts within the Commission for 15 years.

Neil McArthur joined the Gambling Commission back in 2006 and was promoted to CEO in 2018.

During his time with the Commission, he has helped to lead a variety of projects and task forces to help introduce enhanced ID and age verification checks, better protections against gambling harms, banning credit cards from being used for gambling purposes, and improved design of online games to protect consumers.

McArthur says that he feels now is “the right time to step away and allow a new chief executive to lead the Commission on the next stage in its journey”, and he believes that the Commission is now in a “strong position” to continue tackling “future challenges”.

McArthur’s decision to leave comes at a critical time for the UKGC as the Commission is currently helping to advise the UK government on the impending review of the Gambling Act 2005.

The Commission will shortly begin looking for a new CEO and in the meantime, two existing UKGC members (Sally Jones and Sarah Gardner) will temporarily take on the role of acting Chief Executive Officer.

In other UKGC-related news, there have been two recent commissioner re-appointments. Both Catherine Seddon and John Baillie will continue in their current roles for another year after being reappointed by the Secretary of State for Digital, Culture, Media and Sport.

The Commission has also suspended the gambling license of BetIndex Limited which trades as Football Index follow an ongoing investigation into concerns that the operator was in breach of section 118(2) of the Gambling Act.