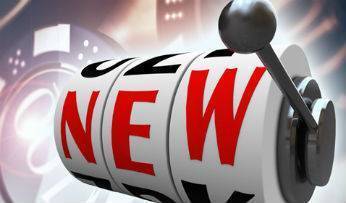 We may be heading towards the peak of winter and the cold weather, but that is all the more reason to check out the new releases from all the leading game providers and see what new games they have to tantalise and titillate.

Why not grab a glass of wine (or a cup of tea) and read through our run-down of the best online slots to hit the slotting world over recent weeks?

Every year (aside from between 2015 and 2017 when the show was cancelled) people in the UK look forward to a post-Christmas run of Dancing on Ice. The show consists of a team of celebs channelling their inner Torvill & Dean and being ridiculed by the caustic judges.

In this vein comes Glory on Ice, an icy-looking online slot made by High 5 Games. This game has a traditional video slot set up, with five reels, three rows and numerous paylines, but also has some distinctive features. Uniquely, symbols count as singles (when an ice dancer appears on their own) and doubles (when an ice dancer appears partnered up). This leads to the chance of double wins if you match five identical partnered symbols.

High 5 Games we think though have missed a trick, as there’s no option to ‘freeze’ the reels to secure a big win.

If you’ve played at several online casinos and you’ve never come across the video slot Cleopatra from IGT then you need to go the SpecSavers! It’s probably in the top five greatest and most popular slots of all time.

IGT has released a few sequels to their most successful title over the years, and Cleopatra Diamond Spins is the latest in the franchise. As you have probably guessed already, we are back to the times of Ancient Egypt, and the symbols are all suitable themed (except perhaps for playing card symbols).

The key to this version is to land five or more diamond scatter symbols in order to trigger the Diamond Spins Bonus. This will give you bonus spins with progressive symbols and prize multipliers.

The aim is to win one of the three progressive jackpots – Minor, Major or Grand – which is done by unearthing three specific diamonds during the Diamond Spins Bonus game.

Ainsworth is the biggest online slots vendors in Australia, but are not the most prolific supplier of games. When they do release a new title though, it’s usually worth your consideration at least.

Mr. Driller is a game with a cute manga-style theme and three progressive jackpots. ‘Mr. Driller’ was actually a game in itself (but not a slots games) that was briefly popular in the late 1990s and had its latest instalment released in 2015.

The slots version of Mr. Driller is played over the usual five-reel, three-row playing screen with a series of decent bonus games triggered with the accumulation of scatters on the reels. The best game to get is, of course, the Mystery Prize Feature, which will give you the chance of winning one of the three progressive jackpots – Mini, Minor or Major.

For our fourth look at a new online slot, we are going back to Ancient Egypt again (why do online slot developers love Ancient Egypt so much?) with a title released by one of our favourite wagering software companies, Play’n Go.

There’s nothing ancient about this game as it is presented in the traditional manner with five reels, three rows and a ghostly, spooky soundtrack. This time luck is in the hands of the gods though, as the reels are full of golden deities and playing card symbols. Your main aim is to land at least three scarab beetles as that will trigger free spins.

You can also hunt down gods such as Ra, Seth, Osiris, Anubis and Keith (okay, we made the last one up). If you’re a fan of Egyptian-themed slots but Doom of Egypt leaves you cold, then don’t despair as another such-themed slot is likely to be released in a week or two.

If you have a partner, then you’ve probably ended up in the dog house quite a few times. The next time you are there, make sure that you take your mobile device with you so that you can enjoy a few spins on this cute and cuddly online slot.

The reels (5×3, as normal) are filled with magnificent mutts, pretty pooches and playing cards ten through to ace. Your tail will start wagging like a dog with a bone should you land the bonus feature when you are playing.

Land three bonus scatters to gain a set number of bonus spins. You have the chance of securing some big wins as all wilds that land during bonus spins become sticky, remaining in place for the rest of the round.

That’s it for this month as we’re now off the chase the postman and drink from the toilet. Join us in the fledgeling days of 2020 to see the latest hot dogs in the world of online slots.