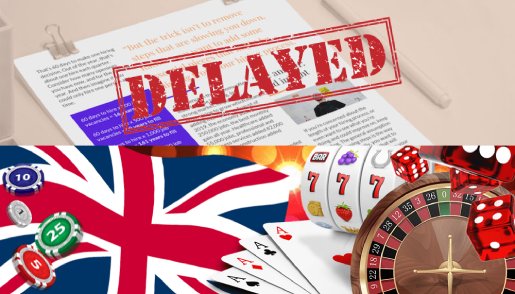 New PM To Be in Place Before Gambling Act Review Progress

Tom Witherow, an investigative reporter for the Daily Mail newspaper, wrote on his Twitter account last week that the UK government plans to postpone the publication of its forthcoming White Paper on the Gambling Act review until a new prime minister has been appointed. Only days before, the DCMS had promised that the paper would be made available in the “coming weeks”, but according to Tom Witherow, Number 10 believes that “it is inappropriate to ‘bind’ the new administration”.

Why is the White Paper being delayed?

According to Tom Witherow’s tweet on 14th July 2022, “the gambling white paper has been delayed until a new Prime Minister takes office. No 10 feel it is inappropriate to ‘bind’ the new administration, sources said. This is the FOURTH delay after COVID, a change of ministers, and finally, internal battles in No 10.”

In addition, Parliament is due to commence its summer recess at the end of this month.

What impact will the delay have?

The gambling industry will be affected as a whole, and many interested parties such as the Betting and Gaming Council have already voiced concerns that if the White Paper recommends introducing much stricter measures on affordability and source of funds, punters may turn to black-market (unregulated) alternatives.

The former leader of the Conservative Party, Iain Duncan Smith, has said that he’s “very disappointed” with the government’s decision to delay the publication of the White Paper. He added that “there was an opportunity to get this done long before this leadership election” and that he plans to “keep fighting for reform”.

What is the White Paper likely to contain?

Before Boris Johnson announced his resignation earlier this month, both The Times and the Daily Mail had reported that the White Paper includes “technical constraints” that will see stake limits being introduced to online casino games and “non-intrusive affordability checks” being carried out on customers. It is also speculated that there will be an outright ban on gambling brands being allowed to undertake football sponsorships.

It is said that the stake limits for online casinos will fall between £2 to £5 while the affordability checks will see customers restricted to net loss limits of £125 per month. Enhanced checks would allow gambling operators the chance to give approved players higher stake limits of £10 to £25.