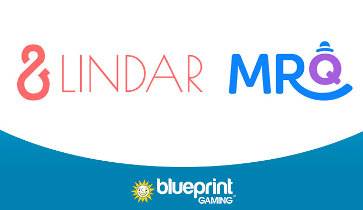 The popular UK bingo brand has teamed up with Blueprint Gaming to roll out an exciting range of progressive jackpot slots. MrQ is also preparing to launch its first radio and TV ad campaign in August 2021.

The “no wagering, no nonsense” online bingo brand MrQ has just added a new range of games to its lobby.

The Blueprint Gaming titles are all part of the software developer’s Jackpot King network which offers players the chance to win one of three progressive jackpots.

There are multiple slot games that are linked to the Jackpot King network, including Super Diamond Deluxe, Cleopatra’s Gold, Viz, The Pig Wizard, Winstar and Genie Jackpots.

The biggest win that has been claimed to date is $4,623,276 at an online casino belonging to Party Gaming.

To win one of the jackpots, you must first trigger the jackpot bonus game by landing five Jackpot King symbols on the reels. You then progress to a mini-game where you need to collect 15 gold crowns to enter the Wheel King and spin the wheel to try and claim a jackpot.

The brand’s first-ever UK ad campaign is due to commence in August 2021, and initially, they will feature one of Blueprint Gaming’s most popular slots, Fishin’ Frenzy Megaways.

According to the brand’s owner, Lindar Media, the new TV and radio marketing campaign is set to “take MrQ to the next level”.
MrQ is an award-winning online bingo site that uses proprietary software to deliver an excellent choice of 90-ball and 75-ball bingo rooms.