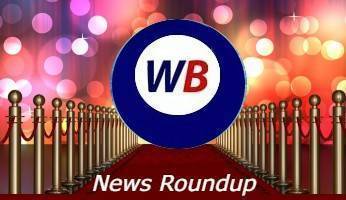 In this week’s news round-up, we’ve got a veritable feast of bingo-related titbits for you. There’s a plea from a NW Buzz Bingo club for regulars to return, a new promotion from Paddy Power Bingo, a forward look to the EGR Operator Awards, a freshers’ week special hosted by Bongo’s Bingo, a new gambling self-help tool for Barclays Bank customers, Mecca Bingo’s response to allegations that it acted irresponsibly, and more!

Fans of Megaways slots will be excited to hear that iSoftBet has just launched a new slot called Western Gold Megaways.

The game, which is set in the American Wild West, features a Max Megaways modifier that can randomly activate, as well as cascading wins. There’s also a Cash Re-Spins feature that’s triggered by 5 or more scatter symbols, and it gives players the chance to win instant cash rewards or one of 3 jackpots. You can also benefit from scatter multipliers.

Next month sees the arrival of the highly anticipated EGR Operator Awards. It’s an annual event that’s the equivalent of the Oscars among the e-gaming sector.

This year, the awards ceremony will take place online due to COVID-19 and it runs between 11th and 12th November.

The shortlist so far includes a host of prestigious names, including WhichBingo itself, which has been nominated for Best Bingo Affiliate.

Members of Buzz Bingo in Blackburn who are 65+ are being encouraged to return to play at their local club following an announcement from the venue’s general manager.

Sean Connolly is keen to assure the club’s regulars that every possible step to safeguard players has been taken and that he and his team “want to welcome our customers back”.

Due to a local lockdown in Bolton, the Buzz Bingo hall opened later than most of its sister clubs, so Mr Connolly is keen to spread the word that the venue is back open and ready for business.

Following complaints by local officials that Mecca Bingo in Bolton had breached local lockdown restrictions by opening its bar, the popular bingo hall operator says that it rejects claims that it has acted irresponsibly.

The brand says that it offered food and drinks in line with government guidance. However, it is happy to comply with Bolton council’s view that bingo venues are subject to different licencing rules than pubs and bars.

Customers of Barclays Bank will soon be able to take advantage of a useful new tool that offers them additional control over their gambling spending.

If the Barclays gambling block control is switched on, customers are unable to make transactions at gambling-related websites and establishments. If they then choose to reverse the gambling control, they will have to wait for 72 hours until it is actioned. This is to allow time to think, rather than acting on a sudden, possibly irrational, impulse.

While student life may look a little different this year due to COVID-19, it’s not stopping Bongo’s Bingo from helping freshers’ get their first year at uni off to a flying start.

Many universities have already signed up to access the show on behalf of their students and there’ll be lots of prizes up for grabs for those who tune in, including 40 pairs of Dr Martens’ classic 1460 boots.

At the time of writing, Paddy Power Bingo has just launched a Free Ticket Giveaway that will see the site dish out 200,000 free bingo tickets.

The promotion runs from 17th September to 8th October 2020, and you can grab one entry to the prize draw each time that you spend £5 cash on bingo games at the site.

There’ll be a total of three prize draws and each lucky winner will receive between 10 and 500 free bingo tickets.

If you’d like to take part, please visit Paddy Power Bingo for further information and to view the full terms and conditions.