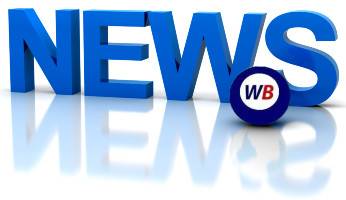 In this week’s news round-up, the CMA gives Evolution Gaming the green light for its proposed takeover of NetEnt, three new slots make their debut, the BGC highlights the importance of gambling’s relationship with sports, new research shows that bingo and board games could help boost your brainpower, under-18’s could be banned from playing certain fruit machines, and Buzz Bingo integrates the Playzido suite.

Earlier this year, the live casino games manufacturer, Evolution Gaming, announced its intention to buy out NetEnt for €1.8 billion.

However, before it could complete its proposed deal, it had to wait for the approval of the Competitions and Markets Authority, which has just given it the green light.

The acquisition is expected to be settled by early December if all goes according to plan.

The lead B2B games platform, Playzido, has agreed on a distribution deal with the leading operator, Buzz Bingo.

The partnership will allow Buzz Bingo to make a host of leading titles from Playzido’s catalogue available to its players, and they will be delivered through the Playtech Open Platform.

The new games range from Deal or No Deal Rapid Round from Endemol and Tiki Runner by Bulletproof Games to Hypernova Megaways from ReelPlay and Mariachi Mayhem by Adoptit.

In a recent iGB Gambling Review podcast, the chairman of Peers for Gambling says that the UK gambling industry could do more to reduce gambling harms.

Lord Don Foster of Bath says that while the industry has taken some positive steps in recent months, it has taken a reactive rather than a proactive approach.

Lord Foster says that “there are many areas where we’d like [the operators] to go further”, many of which are included in the Peers for Gambling group’s proposals for the upcoming review of the 2005 Gambling Act.

BACTA, the trade body which represents the interests of Britain’s amusements and high street gaming manufacturers and operators, has voluntarily raised the age limit for players to play Category D cash fruit machines to 18.

Category D cash payout fruit machines are typically found in family entertainment centres and seaside arcades, and while BACTA points out that they’re designed to accept low stakes and offer smaller prizes, it wishes to take a “precautionary approach” by banning under 18s from playing them in its venues.

According to researchers at the University of Edinburgh, playing bingo and chess and doing crosswords help to keep your mind sharp when we’re in our 70s.

The studies were carried out over a 9-year period and show that participants who regularly played bingo and classic board games such as chess, as well as crosswords, ranked better on thinking and memory tests than participants who didn’t partake in similar activities.

However, to do this, he believes that the Commission must continue to come down hard on operators who fail to uphold its high standards, and even goes so far as to warn them that it is “willing and able to drive them out of the British market”.

The BGC (Betting and Gaming Council) says that the Coronavirus pandemic has brought UK sports and the gambling industry closer together than ever.

The Council’s Chief Executive, Michael Dugher, explains how “some sports are living on a knife-edge” due to spectators being banned from attending live events. Therefore, BGC’s funding has proved vital to its members.

In its submission to an inquiry on “sport in our communities” that’s being undertaken by the House of Commons Culture, Media and Sports Committee, the BGC has highlighted the plight of grassroots sports which has particularly struggled to reduce the financial impact of the ongoing pandemic.

Lightning Box Games’ Chicken Fox5x Skillstar might have a long-winded name, but it offers players a heap of farmyard fun and exciting features. It has wild symbols, a retro mini-game, and a free spins bonus.

For Moley Moolah, Yggdrasil has teamed up with Reflex Gaming to bring us a 5-reel slot with free spins, a Wild Reels modifier, and the ability to unlock extra reel set by collecting Golden Acorns.

Pragmatic Play’s Book of Kingdoms takes us on a mysterious adventure in the desert to try and find a magical book. The slot includes three jackpots worth up to 20,000x your bet, a Coin Bonus, expanding symbols, and a Free Spins mode.