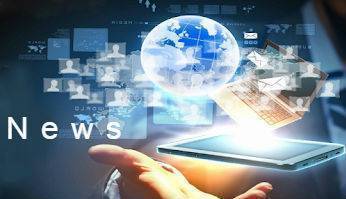 This week saw two major online bingo brands introduce some new and exciting features for their players. As well as a range of slots tournaments that are now running at the unique bingo site, Mr Q, there are Pragmatic Play bingo games available at some of LeoVegas’ biggest brands. Plus, we’ve also got a good news story about a lucky lady from Rochdale who’s just won a jackpot worth almost £50k at Mecca Bingo!

Mr Q, which is the brainchild of Lindar Media Ltd, has only been serving customers since the middle of 2018, yet it’s successfully wowed the online bingo community with its bespoke selection of games and promotions that come with zero wagering requirements.

And now, the brand has come up with yet another inventive way to keep its members entertained thanks to a new agreement with the software provider, Pariplay.

One of the facilities that Pariplay offers its partners is the Ultimate Tournament Tool, which Lindar Media has now integrated with its proprietary online bingo platform.

This means that MrQ players can now enjoy regular exclusive slots tournaments as of this week, and the prizes range from Fitbit fitness trackers and Apple Airpods to iPads and other great goodies.

The tournaments allow players to view their progress via live leaderboards, as well as receive instant notifications that inform them of their final ranking and any prizes due.

Once participants have opted in, they gain one ticket for every £1 spent on any eligible games. When the competition closes, the five players who’ve earned the most tickets are awarded their prizes.

Qualifying games are easy to spot in the site’s lobby as the team at MrQ have labelled them with a trophy symbol. However, we expect that each tournament will involve different games. The operator also states that future prizes will include both “digital and physical” rewards.

If you’re a fan of online slots, the tournaments should prove particularly exciting as they offer you the chance to try out heaps of new games. Keep your eyes peeled for the next event.

When MrQ originally launched in 2018, it only offered Thunderkick slots, but it has since secured deals with an increasing number of software providers, including Tom Horn Gaming, AdoptIt, Pariplay, NetEnt, and Microgaming to bring its players even more choice.

Everyone loves a “happy news” story, particularly right now, and if you’re an online bingo fan you’ll be excited to hear about a recent win at Mecca Bingo.

At the beginning of this week, a Rochdale newspaper reported that a local woman (who has asked to remain anonymous) is celebrating an amazing £49k win that she gained from a £3.60 online bingo stake.

The lucky player took part in her first “main event” game at the site this month, and she was mighty pleased with her decision as it resulted in her taking home a massive online bingo jackpot worth over £49.6k!

The lady says that her family have recently endured “tough times” due to illness and, therefore, it’s particularly “refreshing to have something good happen”.

Thanks to her modest £3.60 stake, she’s now planning to apply for a UK passport so that she can take her family away on holiday. She also admits that it will be her first time abroad, so we’re keeping everything crossed that they all have a wonderful time!

In other news, LeoVegas and the popular software developer, Pragmatic Play, have announced an agreement that will see the online casino operator launch Pragmatic Play bingo games to a wider selection of its sites.

The sites that are now offering the new bingo suite include Legs Eleven, Pink Casino, Crown Bingo, and the games will offer a number of exciting daily jackpots and prizes.

LeoVegas are now standardising their platform to the one developed by RocketX which they also own and so the operator says that launching the new bingo products and bringing all the sites into a standard platform seemed like “the next logical step to take”.