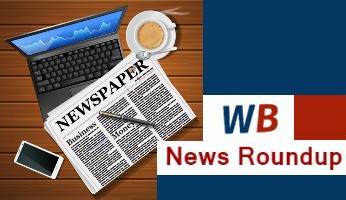 This week, there’s plenty to report on the bingo front. For starters, many Mecca Bingo clubs will be welcoming customers back from this weekend. Also featuring in the headlines are Scotland’s plans to host more drive-in events, a dispute over parking between Club 2000 and a retail park owner, and the new facility to cash-out using Visa Direct with Ladbrokes.

This week, the online casino industry was shocked by the UK Gambling Commission’s decision to suspend Genesis Global Limited’s licence.

Genesis Global operates a significant number of popular online casinos, including Vegas Hero, Genesis Casino, Casino Cruise, Kassu and Casoola. Some of these brands were pretty new to the market too.

The UKGC says that it suspects that the operator has breached section 116(2)(a) of its gambling licence and, therefore, feels that it has no choice but to suspend its licence with immediate effect until it concludes its investigation.

The popular sports betting, casino, poker, and online bingo operator, Ladbrokes, has just introduced a new banking method that it hopes will improve the player experience.

The service also operates 7 days-a-week which means that you’re not stuck waiting over the weekend.

According to local press reports, bingo lovers will notice quite a few differences at the two Somerset-based clubs, both of which have been closed since March.

In accordance with the latest government guidelines, the Taunton and Bridgwater venues will be asking all visitors to use the hand sanitiser stations on arrival and during their stay.

Prominent signage will help guide customers through the new social distancing measures, and the clubs will be working to a capacity cap.

The enhanced cleaning routines mean that machines, tables, and key touchpoints will be regularly sanitised throughout the day.

The owners of Aspects Leisure Park in Bedford are looking forward to redeveloping the “tired” site after the local council committee approved the plans.

However, one of the leisure park’s occupants, Club 2000, is far from pleased with the decision.

Club 2000 currently has 678 allocated parking spaces. However, the site’s owner plans to reduce them to just 494 to allow some of the spaces to be reallocated to residents of a new development of four flats that will be 7 metres taller than the retail park’s Cineworld cinema.

A community hospice in Greenwich is preparing to host its first Virtual Festival Weekender, which will include celebrity appearances and a session of virtual bingo.

The Greenwich and Bexley Community Hospice’s weekend of virtual activities runs from 24th to 26th July 2020. Those who attend will be able to enjoy a virtual tour of the hospice’s grounds, pilates, live music, bunting making, and a campfire story read by CBeebies’ star, Andy Day.

Bexley’s Volunteer Pub will be bringing the three-day event to a close with a game of virtual bingo.

The old Gala Bingo hall on Marischal Street in Peterhead closed in early 2018. However, the building will soon be once again bustling with customers thanks to a £2m investment by Arc Cinema.

Unexpected delays have meant that the state-of-the-art, five-screen venue was unable to open as planned last Christmas, but the company behind the building’s conversion now say that they’re aiming for an October 2020 opening.

Although Scottish residents have had to be a little more patient than their English counterparts as the devolved government has been particularly cautious about easing lockdown restrictions, Nicola Sturgeon has now confirmed that live drive-in entertainment will be permitted from this week onwards.

Although tight restrictions on mass gatherings remain in place, the Scottish Government has appealed to event organisers to “reimagine” how they can safely host shows, gigs, and other live events going forward.

Fiona Hyslop, the Culture Secretary for Scotland, wants the events sector and local communities to work together to come up with creative drive-in live events, ranging from “music concerts and local bingo nights to family theatre”.