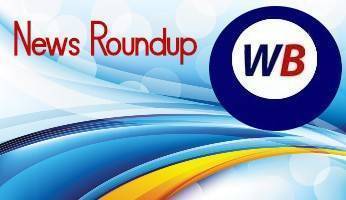 In this week’s news round-up, there are plenty of highs and a couple of lows occurring in Bingo Land. Mecca has sadly shut one of its Scottish clubs while Buzz Bingo is hopeful that its new campaign team will help to broaden its appeal even further. There’s also a new slot from Microgaming, a drag bingo storyline in Eastenders, a lawsuit for Ladbrokes, and more about how the 10pm COVID-19 curfew will affect bingo halls.

After 45 years in business, Mecca Bingo’s Rutherglen bingo hall has closed its doors for good.

The move was announced by Mecca’s social media team on Facebook and the operator says “it’s with a very heavy heart” that it must permanently close the club.

Although there are no other bingo halls in Rutherglen, Mecca hopes that some of the town’s ex-customers may wish to visit one of its other Scottish clubs such as Paisley, Drumchapel or Hamilton.

The Sun newspaper has revealed that Linda is heading for a relapse when she helps out at The Prince Albert following an ongoing struggle with alcohol addiction. However, there’s happier news too as Frankie’s been tasked by Kathy to help increase the pub’s sales which leads Kathy to team up with Max, Sharon and Linda to host a Drag Bingo event.

Paddy Power Bingo is also using a drag queen theme in its latest advertising campaign and you can find out more about it in our online magazine!

Microgaming is gearing up to release an exciting new slot called African Legends.

Safari Legends caters for bets of 25p to £25 and there are plenty of bonus features to try and unlock including a WowPot Major Progressive Jackpot, Wild Blast, Rolling Reels, a Multiplier Trail, and a Free Spins Bonus.

Earlier this week, governments in both England and Wales announced a 10pm curfew that will prevent hospitality venues from serving alcohol after the nightly deadline.

Although pubs, bars and restaurants have appeared to be the main focus of the latest COVID-19 regulations, the move will also affect other businesses, including bingo halls, theme parks, funfairs, amusement arcades, casinos, bowling alleys, cafes and social clubs.

Technically, bingo clubs would be able to continue operating bingo games until later in the evening. However, it is rare that bingo carries on beyond 9.30pm most evenings so the move will have little impact on the players, but those that like to socialise after may find they will be disappointed.

Buzz Bingo has been inviting companies to pitch for its integrated marketing and advertising business which will include media planning and buying, as well as advertising and brand strategy.

It has since appointed two agencies – Walk-In Media and The Gate – to further develop “a sense of community” across its online and offline operations.

The Gate is hoping to meet Buzz Bingo’s “big ambitions as quickly as possible” using its “joined-up creative and media model”.

Most bingo and casino players accept that they can’t win all of the time and, therefore, are likely to suffer losses. However, one Ladbrokes customer is attempting to claw back at least £3.3 million that he lost while playing at the online bookies.

57-year-old Terry Allan believes that Ladbrokes broke the law by allowing him to place phone bets via a personal hotline from his Spanish holiday home. As a result, the VIP player says that he’s suing the company for his considerable losses which were sustained between 2016 and 2018.

Earlier this week, Tombola unveiled more of its end-of-month specials.

On the menu for the coming month at this top rated bingo site are Blocks Bash (which run on 29th  and 30th September and offer guaranteed prizes of between £100 and £2,000 in every game), and a Bingo90 Blowout which operates every Monday in September 2020 and includes 11 consecutive link games which start at £5,000 and increase by £500 in each game.

For further information on the above promotions, please visit Tombola. Watch this space to discover what treats October has in store.