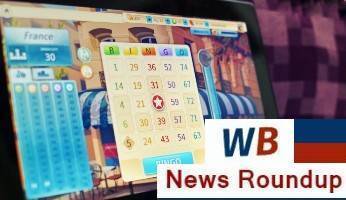 While bingo lovers in Scotland are still waiting to hear when they can return to their local clubs, in other areas of the UK, companies like Bongo’s are beginning to plan pop-up and outdoor bingo events. Also in this week’s news are the new celeb-led live streams at Bingo All Stars, the cessation of Mecca’s Play Points scheme, new slots from Wazdan and Scientific Games, and the Eat Out to Help Out scheme gets backing from North-West bingo clubs.

At 8 PM on 31st July 2020, Bingo All Stars will be holding its first celebrity live stream featuring Rustie Lee.

This exciting event will allow players to play, chat and win prizes while being entertained by TV legend Rustie while future live streams will see other famous faces like Christopher Biggins and Mr Motivator take to the hot seat.

If you’ve yet to sign up, make sure to check out our exclusive Bingo All Stars welcome bonus offer!

Although the Scottish Government have indicated that gyms and bingo venues would not be allowed to reopen under Stage 3 of its easing of lockdown restrictions, owners of venues like the New Globe Bingo were growing increasingly impatient while waiting for some positive news.

The Globe has already put extra safety measures in place at its 700-capacity club in the centre of Johnstone and its managing director says that he “cannot understand why we have to stay closed while other leisure facilities near us have returned to business”.

Finally, on 30th July, First Minister for Scotland Nicola Sturgeon gave the potential go ahead for openings to commence on 24th August. Customers will have to get used to new routines as it will be table service only, contactless payments, hand sanitizers and restricted seating and slot machine use.

Newcastle Racecourse is to be set up as a socially distanced music and comedy venue this summer, courtesy of becoming The Virgin Money Unity Arena.

Geordie singer-songwriter, Sam Fender, will be the first act to play the first socially distanced venue in the UK this summer.

Sam will be performing on Thursday, 13th August 2020, but there are some other exciting acts that are also scheduled to appear next month including the much-loved Bongo’s Bingo on Sunday, 30th August and Saturday, 12th September, as well as Jimmy Carr (31st August) and Ronan Keating (11th September).

In addition, tickets are now on sale for “Bongo’s Bingo Outdoors” which is a brand-new show concept that will kick off in August. The Bongo’s team will be working alongside a range of outdoor venues across the UK to bring you the most bonkers bingo experience around.

There are two new games to look out for at your favourite online bingo, sports betting, and casino sites this week.

The first is Infinity Hero by Wazdan, and it uses comic book-style graphics and an exciting range of special features like the Free Spins with Infinite Multiplier Bonus. Infinity Hero is a 5-reel, 20-payline slot with a top prize of 13,000 times your bet.

Bingo fans in the North-West of England are in for a foodie treat this August when they head to Apollo Bingo and Opera Bingo in Barrow.

Both venues, along with several local hotels and restaurants, will be offering 50% off food and soft drinks (up to £10 per head) as part of the Government’s Eat Out to Help Out scheme.

The North East really wants to get partying again!

A new pop-up socially distanced festival is coming to Teeside over the August bank holiday weekend, and one of the highlights of the five-day-long event is Bingo Revolution.

The festival is called Lost Time and it will take place at Redcar Rugby Club from 27th August.

The organisers describe Bingo Revolution as “a dabbing disco packed with comedy and big tunes”.

If you’ve been wondering what to do this weekend and you live near Leeds, you might want to head to Mecca Bingo in Hunslet.

The club is finally reopening its doors following lockdown and is welcome visitors from Saturday, 1st August 2020.

The club has put enhanced cleaning routines in place as well as a capacity cap on visitor numbers. Visitors will be asked to use hand sanitiser stations and to pay using contactless payment methods where possible.

In other Mecca Bingo-related news, the loyalty scheme that’s used at Mecca Bingo online will be disappearing from 1st August.

Currently, no reason has been given for why the Play Points system is being removed, but the operator plans to inform any players who have yet to use their Play Points.