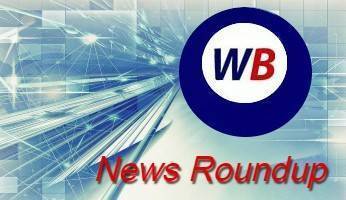 There’s plenty to get excited about this week for both online and club-based bingo players as all the best bingo sites are coming up with bigger and better promotions. For example, Buzz Bingo is launching weekly slots tournaments, Mecca is bringing back its hugely popular Dream Come True promotion, Foxy Bingo is planning a £15k slide-in bingo game, NetEnt launches the sequel to Hotline, Bongo’s Bingo confirms its Xmas line-up, and Eyecon joins forces with Skill-on-Net.

The Advertising Standards Agency (ASA) has just published the findings of its latest sweep of online gambling ads in an ongoing bid to identify and prevent age-restricted advertisements from appearing in children’s media.

While the ASA also checked for ads about weight control products, tobacco and e-cigarettes, NFSS products and alcohol, the most breaches were found to be gambling-related.

In a 3-month period, the ASA identified 70 different betting advertisements from four gambling operators across 8 websites that breached the guidelines. As a result, it has secured the removal of the ads and has also warned the advertisers to amend their advertising practices.

Bongo’s Bingo confirms Xmas shows are on the menu

This year’s Christmas menu is set to feature much more than tasty turkeys, nut roasts and all the trimmings as Bongo’s Bingo has confirmed that its much-loved shows will be making a big return this December.

The series is called “We Can Be Heroes” and it begins on 30th November and runs until New Year’s Eve.

All events will be held in Liverpool’s Content warehouse – the new home of Bongo’s Bingo since it left Camp and Furnace.

If there was one promotion last year that sent players giddy with excitement, it was Mecca Bingo’s Dream Come True, and we’re thrilled to announce that the promotion is set to return for 2020.

The event is set to run between 28th August and 31st September, and it will feature a prize wheel that you can spin every day for a chance to win free game cards, free spins, cash, and star prizes.

Mecca is also working with a number of celebrities who will help to announce or even deliver the prizes, including Linda Robson, Claire Sweeney, and Arlene Philips. Keep an eye on WhichBingo for more details as they appear.

The online casino software provider and operator, SkillOnNet has expanded its games portfolio through a new agreement with the Playtech-owned gaming developer, Eyecon.

The new deal means that SkillOnNet brands such as RoyalBet, MegaCasino, PlayOJO, Vegas Luck, and Slots Magic will be able to offer their members popular Eyecon slots like Temple of Isis, Fluffy Favourites, Stampede and Shaman’s Dream.

Now that it has Eyecon on board, SkillOnNet’s online casinos will see the numbers of games available in their lobbies boosted to over 3,000.

Hotline 2 is the highly anticipated sequel to Hotline, and the slot is fresh off the shelves at the NetEnt production studio.

The game’s Bonus Bet function gives players a greater chance of winning Expanding Wilds while the enhanced Free Spins Bonus offers up to 1,944 ways to win.

Thanks to its ongoing partnership with Playtech, Buzz Bingo is now offering weekly slots tournaments that will allow members to compete for wager-free cash prizes.

Tournaments run every hour on Wednesdays between 12 PM and 12 AM, and its points that are awarded for every winning spin. So your stake is irrelevant.

Players have a set number of spins in which to gain as many leaderboard points as they can, and as points are awarded based on the size of the win in proportion to the stake placed, those who prefer to play with smaller bets are not disadvantaged.

It’s almost a new month, which means that more fun is on the way for Foxy Bingo fans, and you can’t get much bigger than a £15k special!

Foxy is currently inviting its members to pre-buy tickets for the £15k Slide-In Bingo game that will take place at 9 PM on Saturday, 12th September 2020. They cost 50p each and each player can buy a maximum of 150 tickets.

As the £15k Slide-In is a sliding jackpot game, the quicker the full house is won, the more the prize pot will be worth.