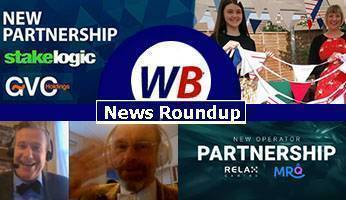 Over the last week, there’s been plenty of bingo being played online across the UK. Now, thanks to further easing of lockdown restrictions, land-based bingo clubs could be back in business before we know it. GVC brands have announced that they’ll be rolling out more games, the ASA has some good news about exposure to gambling ads and Mr Q gets ready to host its celeb takeover.

The ASA (Advertising Standards Authority) has just released a report about the exposure of children to age-restricted TV adverts. The findings show that in 2019, minors saw an average of 2.5 ads per week which is the lowest level since 2008.

Back in 2013, at the height of the problem, children were exposed to an average of 4.4 adverts per week.

The ASA believes that the decrease seen in 2019 is largely due to a change in children’s viewing habits, with many choosing to watch more online video and on-demand services.

Although the figures for 2020 won’t be known for at least another 8 months, we suspect that they will be even lower than last year due to the Betting and Gaming Council’s recent steps to replace gambling-related TV adverts with responsible gambling messages.

Although England is ahead of the game in terms of easing lockdown restrictions compared to Northern Ireland, Wales and Scotland, it finally seems as though many of our favourite shops and venues will be starting to reopen over the coming weeks.

Earlier this week Boris Johnson released a reopening timeline which will allow thousands of stores to start trading again across England, provided they are COVID-19 secure.

Although car showrooms and outdoors markets will be the first to reopen, other non-essential retail shops are expected to follow suit from 15th June 2020.

While entertainment venues such as cinemas, theatres, bingo halls, casinos, restaurants, bars, and pubs in England must remain closed until 4th July 2020 at the earliest, it appears that bingo clubs could be back in business in little over a month.

And, to reassure people who are concerned about venturing out to such places once they’re back up and running, brands like Beacon Bingo are keeping their customers informed via social media of their planned works to ensure that their venues are social distancing-friendly and fully compliant with government guidance.

Reminder about this weekend’s celeb takeover at Mr Q

Earlier this month, we gave our readers the heads-up about a forthcoming party weekend at Mr Q Bingo. We are happy to report that due to the success of the events, they’re now running on a weekly basis.

The sessions start at 8pm on Saturday and Sunday, and tickets cost 10p each. The jackpot for each game starts at £20.

A “breakthrough” deal between the leading online bingo and casino operator, GVC Holdings, and the Malta-based game development studio, Stakelogic, will see customers of GVC brands like Ladbrokes and Coral Bingo, as well as Bwin and Party Casino gain access to an exciting new portfolio of games.

Some of the forthcoming Stakelogic titles include Rambo, The Expendables Megaways, Simply Wild Deluxe, Random 4 Runner, Gods of Death, Book of Cleopatra, and Book of Adventure.

Stakelogic’s CEO says that his company’s slots “are in high demand” and he is, therefore, “delighted to have partnered with such an industry giant” as GVC Holdings.

Two London actors have found unexpected fame in recent weeks despite theatres being shut across the UK during the lockdown.

The duo has been hosting weekly ‘lockdown bingo’ games via Facebook Live, and people can take part or simply watch free-of-charge, although donations are invited.

The parties are the brainchild of Southwark Playhouse’s People’s Company’s John Whelan, and street entertainer and actor, Mike Raffone.

The pair aim to provide their viewers with “the maddest online bingo show in town”, and although residents of their local community in Southwark have particularly taken an interest in the “rip-roaring” shows, people from as far away as New Zealand have been tuning in as well.

With many of Mr Whelan’s theatre group’s planned events being cancelled or postponed, the ‘lockdown bingo’ sessions are the perfect way for him to “give something back to the community” and “continue being creative”.

You can find out more by visiting the People’s Company Facebook page.

That’s it for this week and it is all looking pretty good we think. Let’s hope the good news just keeps on coming.