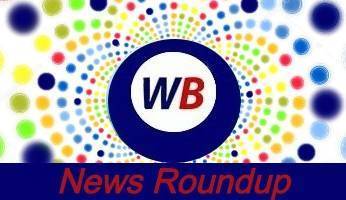 In this week’s news round-up, there are new promos and games to play at Foxy and Mecca Bingo while the UK Gambling Commission continues its work to crack down on the handling of VIP schemes. Plus, Caesars takes over William Hill, 888 sees its profits boosted, and parts of the UK are hosting drive-in bingo and Bhaji Bingo events.

If you’ve yet to catch up on the latest articles in the WhichBingo magazine, you might be interested to read about the UK Gambling Commission’s latest mission to tackle gambling harms caused by the operation of VIP schemes at bingo and casino sites.

At the end of the month, the Commission’s new code of conduct will come into effect, requiring gambling operators that hold UK licences to better protect high-value customers.

Operators will be required to assess its customers’ activity to ensure that they don’t miss signs of gambling harm, as well as ensure that their levels of spend are affordable and sustainable. It might seem intrusive to players at first, but responsible play must be proved.

Bhaji Bingo could win you a free meal

If you live in or near Milton Keynes and you’re partial to Indian food, your luck could be in thanks to Maaya Indian Kitchen & Bar.

At the start of this month, the popular restaurant is celebrating National Curry Week, and between 5 PM and 9 PM from Tuesday 6th to Sunday 11th October, all diners will have the chance to win their meal and soft drinks for free when they take part in the venue’s Bhaji Bingo competition. What a great idea – another fun way with bingo.

The well-known US casino firm, Caesars has just agreed to buy British-based William Hill for £2.9bn.

The proposed deal was unanimously recommended by William Hill’s company board which means that it can now move ahead.

Until the takeover was approved, Caesars held a 20% stake in Hill’s US operations. However, Caesars is now keen to take advantage of William Hill’s US bookmaking business which owns 170 different sites across 13 states. Read the full story.

The gambling group, 888 has caused financial analysts’ jaws to drop this week by announcing that it’s on course for its second-biggest daily rise ever.

The online gambling industry was one of the rare industries to benefit from lockdown, and it’s led to the company posting a 37% jump in its first-half revenue to just over $379m while its pre-tax profits more than doubled.

Drive-in bingo helps to raise £9k for Cash for Kids

Motorpoint Sheffield has just managed to raise nearly £9,000 for the charity, Cash for Kids by hosting an outdoor showing of the classic rom-com “Pretty Woman”. The Drive-In Cinema event also saw the city hosts its first-ever Drive-In Bingo event just prior to the movie.

Cash for Kids aims to improve the lives of disadvantaged children and young people across the UK, and last year, it managed to help an incredible 1 million kids.

Following on from the success of last month’s Dream Come True promotion, Mecca Bingo has returned with a feast of events for its members to enjoy during October.

One such promotion is the Clover Rollover 2 prize draw which saw £40,000 of cash and as many as 1,576 prizes given away this weekend. And, if you’ve just missed out on entering, there’s still the chance to take part in the £2,000 Power Hour, £15k Main Event Session, and £3,000 Friday Game over the coming days and weeks.

If you’re getting tired of playing the same old games, you’re invited to head over to Foxy Bingo where a brand-new type of bingo game has just gone live.

Six Rules! Bingo runs in the No Fox Given room from 6.06 PM from Monday to Saturday, and in each game, there’s one full house and five roll-on cash prizes to play for.

You can buy a maximum of 6 tickets per game for the budget cost of 6p each.

If you’re not already a member, why not check out our Foxy Bingo review to find out more about what’s on offer?