Free Bingo for 3 Days - No Deposit Required
Play
(+18). Valid until further notice. Bingo tickets are valid in room: Daily Doozey and are available for 3 days. Wins generated from bingo tickets are granted in bingo bonus and must be wagered x4. UK only - deposit balance is available for withdrawal at any time. We reserve the right to deny bonuses, if you were found taking advantage of our bonus offers or any other deceitful activity cross the sites operated by the Company. General withdrawal restrictions & full T&Cs apply. Please play responsibly. Begambleaware.org #AD
Special Bingo Offer

100% Bonus up to £300 + 50 Bonus Spins on First Deposit
Play
18+. New players only. One bonus offer per player. Minimum deposit £20. Max bonus bet is £5. Bonus spins on selected games only and must be used within 72 hours. Bonus funds must be used within 30 days otherwise any unused bonus shall be removed. Bonus funds are 100% match up to £300 on your 1st deposit, 50% match up to £250 on your 2nd deposit, and 100% match up to £250 on your 3rd deposit. Bonus funds are separate to Cash funds, and are subject to 35x wagering the total bonus, cash & bonus spins. Only bonus funds contribute towards any wagering requirements. Terms apply. Full T&Cs Apply. Please play responsibly. Begambleaware.org.
Bonus Spins

It’s been yet another busy week in Bingoland, and we’ve rounded up the most exciting and noteworthy stories for your delectation. Just some of the topics that you’ll find in this week’s news coverage include what happened when Wills and Kate revisited the Shire Hall care home in Cardiff, the chance to win a real gold bar with Jumpman Gaming’s latest network promotion, brand-new bingo games to try out at Unibet Bingo and Tombola, and the chance to attend a Free Summer Camp at Gala Bingo!

New HexaBingo game at Unibet and Drop at Tombola

If you’re getting tired of playing run-of-the-mill 90-ball and 75-ball games, it might be time to take a look at Unibet Bingo where a unique and exciting new online bingo variant has just made its debut.

HexaBingo is a game in which only 3 players participate and each player receives one card.

The fact that there are fewer players competing for the prize means that each game theoretically offers you a 1 in 3 chance of winning!

It costs from as little as 50p to play right up to £500 and you can also see the multiplier you are playing for before the game begins. This will be between 2x and 1,000x your stake.

There’s also another new game to check out at tombola.

Drop is exclusive to Tombola Arcade and it looks a little like Tetris. You can play it from 5p and the prizes can go as high as £500.

To win at Drop, you need to match the shapes to clear a column. Sounds simple enough to us!

Gala runs Free Bingo Summer Camp and gets BoyzLife on board 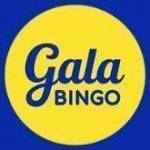 While some members of Gala Bingo are trying to book a holiday abroad, others are choosing to stay and play at home thanks to the site’s Free Bingo Summer Camp.

If you already have a funded account or wish to join and make your first deposit, you too can enjoy Gala’s daily free sessions in the Castle Room throughout August.

Each day during the promotional period, there’s more than £1,000 cash up for grabs, and you can grab 12 free tickets for every game.

There’s a special live free bingo event on 14th August featuring Keith Duffy from Boyzone and Brian McFadden from Westlife who are now collectively known as BoyzLife. Check-in with Gala Bingo, pick your own numbers on two special bingo cards before midday on 13th August and then tune in on 14th August to see if you can win a £250 full house prize.

You may remember that the Duke and Duchess of Cambridge hosted a virtual bingo session for the residents of a Cardiff care home 3 months ago. Despite trying to impress the OAPs with their knowledge of bingo lingo, one particular resident’s feedback was that “it wasn’t as good as it should have been”.

This week, Wills and Kate were able to visit Shire Hall care home in person where they came face-to-face with their former bingo critic, 87-year-old Joan Drew-Smith.

The Duke jokingly reminded Joan about her negative comments, to which Joan responded, “Yes, you did a b****y s****y job!” After being briefly taken aback, both the Duke and Duchess exploded a fit of giggles. We guess you can’t win ‘em all!

Members of Jumpman Gaming’s Jumpman Slots or 15Network are currently going for gold thanks to an exciting new promotion called Gonzo’s Gold Giveaway.

Each time that a player spends £10 cash on the new Gonzo’s Quest Megaways slot, they receive one entry into the prize draw. Whoever is picked as the lucky winner at the end of this month gets a solid gold bar worth over £1,400!

La Fiesta is a 5×4 video slot that’s rich with special features like four free spins bonuses, scatter symbols, win multipliers and a Tour Bus ‘gamble’ feature that gives you the chance to win additional free spins. One of the features even lets you experience the fun and excitement of La Tomatina (a famous tomato-hurling festival).

This week also sees Pragmatic Play launch its Aztec Gems Deluxe slot. It’s a classic slot that uses 3 reels and 3 paylines, but it also has a modern twist thanks to the re-spin feature. Once triggered, the re-spin bonus lets you get as many sticky symbols as possible in the hopes of winning a random multiplier or a bonus prize.

The popular gaming content provider, Pragmatic Play, has achieved quite a bit this week!

In our previous story, it launched a brand-new slot called Aztec Gems Deluxe, but it’s also managed to secure a potentially lucrative deal with one of Europe’s biggest online gaming operators, 888 Holdings.

The agreement will see Pragmatic Play’s ever-growing portfolio of live casino titles go live at 888Casino. Its slots will also be added to the casino’s lobby.

The live casino suite includes player favourites such as baccarat, roulette, and blackjack, as well as a range of speed variants. Plus, PragmaticPlay is also working on a range of new live dealer products.