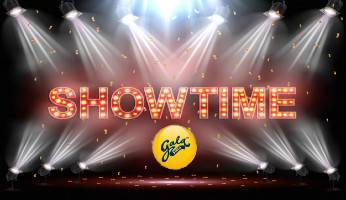 Hot on the heels of its successful Black Friday special featuring Boyzlife, being Keith Duffy and Brian McFadden, Gala Bingo is getting ready to host another Gala Live Showtime event, and this time, it’s The X Factor’s Sam Bailey who’ll be taking centre stage.

Sam rose to stardom when she won the 10th series of The X Factor back in 2013, and since then, she’s enjoyed several successful albums and Top 40 hits including The Power of Love, Enough is Enough (No More Tears), Compass, and Skyscraper.

Sam will be appearing on Gala Bingo on Friday 4th December 2020 when she’ll be taking over the site’s exclusive Castle Room for a very special episode of Gala Live Showtime.

The show begins at 8pm and it will feature plenty of bingo games with cash prizes, as well as a live Q&A and exclusive performance from the singing sensation.

What is Gala Live?

Gala Bingo began hosting its live shows during the first UK lockdown to prove that “staying in is the new going out”. And with the festive season swiftly approaching, the popular bingo operator is pulling out all the stops to give its members a very happy Christmas.

The Christmas Cracker promotion runs from 23rd November until 25th December 2020, and there are loads of free daily prizes up for grabs including a £5k tech bundle, Love2Shop vouchers, and free bingo sessions.

There’s also Gala’s Christmas Giftaway which offers players who deposit and spend £25 on slots or bingo during any qualifying week to play the exclusive Pick-A-Pressie game for the chance to win a Nespresso coffee machine, gift vouchers, a home cinema system, an iPhone 12, a Fitbit Versa, wireless headphones, up to 150 free spins, and up to £500 cash. The promotion runs from 30th November until 27th December and you can find out more about it by visiting the Gala’s Christmas Giftaway page at Gala Bingo.