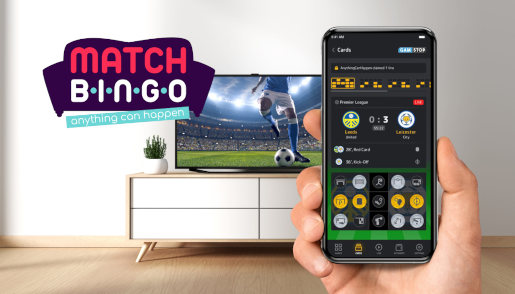 Many companies have sought to use bingo to market other products. Slingo, for example, fuses bingo and slots, while Dabbers Social Singo Bingo mixes bingo with karaoke. Now, however, football fans can take their love of the game to new heights thanks to the Match Bingo app while simultaneously helping good causes.

What is Match Bingo?

Match Bingo was invented by a company called Real Time Sports Bingo, which is based in Norwich. The app was created by the company’s founder and chief executive, Will Buckley who saw the potential to help a variety of charities as well as football fans.

Will was inspired to create Match Bingo while listening to the commentary during a football match on the radio. He says that he kept hearing certain phrases like “Goal to City” and “Corner to City” in a random order, much like a game of which in which the balls are randomly chosen and announced.

As he was keen for Match Bingo to not be a gambling app, he decided that the proceeds should go to charities, the first of which will be East Anglia Air Ambulance. Players simply buy their bingo cards for £1 each (with a maximum limit of 5 cards), and each card is then randomly populated with potential events that could occur during the live game. For example, an event could be a red card or a penalty, or even a goal.

As the match unfolds live, the bingo cards are automatically dabbed when an event occurs, and with each game, there are prizes of £10, £20, and £50 on offer for one line, two lines, and a full house respectively.

The app also comes with a leaderboard that lasts for the whole season, and it gives players the chance to win up to £1,000 by getting the quickest full house.

More about the app and its future

Thanks to its novel concept, the Match Bingo app has already managed to secure over £1m of backing ahead of the Euros.

Its creator has already been praised for designing it so that it doesn’t promote gambling. As the cards (and their events) are randomly awarded, “there’s not the betting mentality that they could have chosen differently”.

As the app will also help to fund charities, there’s plenty of potential for Match Bingo to do good, and Mr. Buckley hopes that it will help to raise at least £30m for good causes over the next 5 years.

The founder of Match Bingo would also like to expand the app to include other sports and possibly TV shows that would add to the enjoyment of its users.