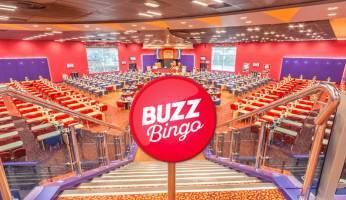 One Bingo Club Set to Close While Another is Saved

When an outbreak of a new Coronavirus variant began in 2019, no-one could’ve predicted the toll that it would take on individuals and businesses around the globe.

The UK has been particularly hard-hit, and by no means overlooking the terrible death toll and the rise in people having to claim benefits, companies have been struggling to say afloat, even with various government support schemes being created to bail them out.

Consequently, many land-based bingo clubs and casinos have had to deal with plummeting profits while having to stay closed, and even one of the most popular bingo chains in the UK, Buzz Bingo, decided to permanently shut 26 of its venues.

Although the current vaccine rollout and hopes for the success of the Government roadmap leading us out of lockdown mean that bingo halls can expect to reopen in mid-May 2021, the disastrous financial effects of COVID-19 still mean that some clubs may have to close for good in the coming months.

One bingo hall that’s already considering lowering its shutters is Beacon Bingo in Redcar. The owners have posted on Facebook that they are currently carrying out “a consultation process regarding a proposed closure” that will last until 11th March 2021. It’s particularly sad news for the club’s employees, one of whom has worked at the venue for 32 years.

However, it’s not all bad news for the sector as Buzz Bingo (which announced the closure of 26 clubs last year) has confirmed that its Birmingham Great Park bingo hall will be remaining open.

Back in January 2021, Birmingham City Council was approached with a change-of-use proposal that would allow the club to be turned into a gym. However, this week, the club’s manager has announced on social media that “despite the planning application”, Buzz Bingo has successfully renegotiated its lease with the building’s owner and will, therefore, be “staying put”.