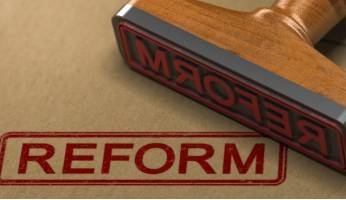 Online Stakes Could be Limited in Major Gambling Act Review

Online casino stakes, prizes and spin speeds could be hit with limits in an overhaul of gambling laws set to be launched by the UK government, according to a report in the Guardian.

The report indicated that the Department for Digital, Culture, Media and Sport (DCMS) is ready to meet the government’s 2019 election pledge to reform the gambling industry for the “benefit of society” by launching a review of the 2005 Gambling Act.

The review is expected to prompt the biggest reform of the UK betting sector since the turn of the century, with large parts of the 2005 Act in line to be rolled back.

The DCMS is expected to address concerns about gambling’s role in wider society through a number of proposed changes.

These may include limits on online stakes, prizes and spin speeds. Other strong possibilities are tougher affordability checks, a strict testing regime for new gambling products, and a ban on gambling firms striking sponsorship deals with sports teams.

Also expected to feature in the review are new powers to tackle unregulated gambling, increased legal redress for wronged punters, and a mandatory levy to fund gambling addiction treatment.

Online casino and slots sites are expected to be a key area of focus in the review due to the fact that visitors to those sites can wager unlimited amounts online, with maximum stakes and play speeds seen as potential solutions, along with prize limits.

Evolution of an Act

The Gambling Act’s original objectives were to prevent gambling from becoming a source of crime or disorder, to ensure gambling is conducted in a fair and open way, and to protect children and other vulnerable persons from being harmed or exploited.

The Act faced criticism for allowing so-called “super casinos” to be opened, but another significant impact of the Act was to provide the first update to laws around online gaming in the UK.

At the time, online gambling was in its infancy but growing quickly, and its inclusion in the Act preceded a 2010 survey that showed four per cent of adults in the UK had placed a bet online.

The Act allowed online operators to provide online services to UK audiences as long as they complied with regulations of the country in which they were licensed. This led to sweeping changes to the law in 2014, which required all gambling operators in the UK to obtain a license directly from the gambling commission.

Prime Minister Boris Johnson is thought to be a personal proponent of another review to tighten gambling laws, but not everyone is backing the calls for new restrictions.

The DCMS review is likely to trigger a reaction from the Betting and Gaming Council (BGC), which has been vocal about the danger of tighter regulations fuelling parallel market betting operations that do not prioritise player safety.

A spokesperson from the BGC, which is a lobby group for the UK gambling industry, told the Guardian: “It is important that the review is evidence-led and strikes the right balance between protecting the vulnerable, while not spoiling the enjoyment of the estimated 30 million people who enjoy a bet at least once a month – the vast majority of whom do so perfectly safely – and driving them into the arms of the unregulated online black market.”

BGC members committed to a new advertising code in 2019, which included a ban on betting advertisements during sports broadcasts. Members also made a pledge to ensure 20 per cent of television, radio, and online advertising is dedicated to safer gambling messages during the UK’s coronavirus lockdown measures.