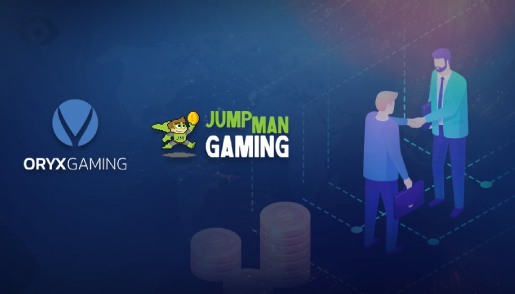 If you’ve ever played at an online bingo site owned by Jumpman Gaming, you’ll know that they have one of the most impressive libraries of games around. As well as boasting an exciting suite of bingo rooms that are powered by Pragmatic Play, Jumpman brands also feature hundreds upon hundreds of slots and casino games from first-class software developers, and now they’re welcoming Oryx Gaming titles too.

It’s barely been 6 months since Oryx Gaming was awarded a licence to operate in the UK iGaming market by the UK Gambling Commission, and it’s already secured major deals with some of the biggest names in the business including Skill-on-Net.

As of June 2022, the up-and-coming casino game developer has also signed an agreement to supply its games to Jumpman Gaming, the latter being one of the most well-known operators of British bingo sites and online casinos.

What kind of games can we expect to see?

Oryx Gaming makes a range of games that include slots, casino games, scratch cards, video bingo, and live dealer games, all of which can be enjoyed on mobile devices and desktops.

Its slots portfolio ranges from Egyptian Magic, Mayan Fire, and Book of Oasis to Hard Cash, Beer Party, and Congo Cash. As for card and table games, there are titles like Craps and Pai Gow Poker, as well as Red Dog, Pontoon, and European Roulette.

The company is also one of the few developers that boast an extensive selection of video poker games, and its current range includes 4x Deuces Wild, Fruit Poker, MultiWin Triple, Jacks or Better, and 68 other titles.

Under the terms of the new partnership, Oryx will be able to offer Jumpman Gaming customers both its exclusive in-house games, as well as titles from its premium partners which are delivered via its B2B network.

Where to play the games