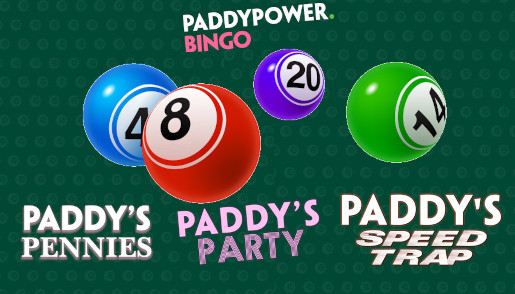 As one of the UK’s best-known Virtue Fusion bingo brands, Paddy Power Bingo has always attracted players who are eager to try out alternative online bingo games. However, as it still needs to maintain a level of competitiveness, it’s always had some standalone rooms, and now it’s given them an exciting makeover.

Why have things changed?

The brand has decided that certain renovations are required to keep the playing experience fresh and exciting for everyone. As an incentive to come and see the new rooms, Paddy Power has also been offering selected customers the chance to enjoy a series of daily offers between 21st February and 2nd March 2023.

What has changed a Paddy Power Bingo?

Paddy Power now has eight exclusive online bingo rooms, which it describes as having “their own special flavour”, and as of 21st February 2022, they’re “ready to open and snazzier than ever!”

Firstly, there are 3 new rooms to play in when you visit the site, and they’ve all got shiny new graphics too.

Paddy’s Pennies replaces the old Topaz room. As you might have guessed from its name, it’s brimming with budget-friendly penny bingo games.

Paddy’s Full House was previously known as The Green Room, and it takes you off to Paddy’s exclusive online bingo hall where you can enjoy 90-ball games to your heart’s content.

Paddy’s Party is a 90-ball room that was until recently called The Sapphire Room. It runs 90-ball games around the clock.

More about the other exclusive rooms

The remaining 5 rooms are the Paddy Power Bingo rooms that we’ve all come to know and love, and they range from Paddy’s Pick & Mix, Paddy’s Bargain Basement, and Paddy’s Pad, to Paddy’s Speed Trap, and Paddy’s Fairground. Between them, they offer an exciting mix of speed bingo and fair chance games, as well as opportunities to save on ticket prices.

To celebrate the arrival of the new rooms and the improvements to the existing rooms, the brand is running daily special offers. For example, on Sunday 27th February, players can purchase tickets for Paddy’s Fairground for just 10p all day while on Tuesday 1st and Wednesday 2nd March, the last game of every hour between noon and midnight in Paddy’s Party will include the Everyone’s a Winner feature.

There are also both fixed and progressive jackpots available in the rooms, with £100 on offer in Paddy’s Full House, £250 in Paddy’s Speed Trap, £500 in Paddy’s Pad, Paddy’s Pennies, and Paddy’s Party.

Make sure you head over to Paddy Power Bingo to see the all-new rooms today!