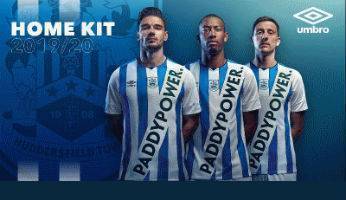 When it comes to marketing a brand, the idea is that you grab the attention of your target audience and any potential new customers. Paddy Power has achieved this in nearly all of their adverts over the years because they always sail a bit close to the wind with very tongue-in-cheek advertising campaigns.

With Paddy Power, there’s always a little something that the viewer isn’t quite sure how they feel about it. Remember the pooping pink pigeon that advertised their online bingo brand? What about that time when Ryan Gigg’s brother, Rhodri, was promoting the reward scheme whilst making snide comments about loyalty, or when chavs were being shot with tranquiliser darts at the races?

You can never quite put your finger on what it is that makes you feel like a naughty school kid giggling behind your hand at the innuendo and subtle digs from Paddy Power commercials, but they are always good fun.

The latest marketing event that has people talking about Paddy Power, and that’s what they pay the big money for, is their alleged sponsorship of the once premier league team, Huddersfield Town!

This team has now been relegated to the EFL Championship having finished in the bottom three for season 2019/20!

With the brand being one that is well known for both online and offline betting and gaming thanks to great marketing, customer relations and impressive history, their dalliance into football sponsorship leaves a lot to be desired.

And that’s where their promotional prowess has come into play. Social media, news reports and many other medians, are talking about whether this is a prank from Paddy Power.

Not only is the fact that they have chosen to sponsor a relegated team questionable, but even the design of the kit is a bit ‘iffy’!

The Paddy Power name has been added to the traditional blue and white of their kit in such a way that it looks like a bride’s hen party sash just draped across it!

It doesn’t stop with the actual kit either, Paddy Power have released on YouTube a clip of the meeting announcing the sponsorship deal…

A quick look at Twitter reveals many making references to a very late April Fools and it all being a joke. Below are just a couple of our favourites:

If this is a Paddy Power marketing stunt then well done!

If not … Then I have so many questions

If the @htafcdotcom kit launch is a prank, you have to take your hats off to @paddypower. The exposure they’ve had today is huge.  If you were asked to think of a betting company right now, you’d probably think of them. Mind you, I wouldn’t put it past them for this to be real

The Truth Of The Paddy Power Matter

It was assumed from the outset to those in the know, that there is no way this could be the actual kit because sponsorship deals from gambling companies are strictly regulated.

Sponsor designations are strict and governed by the FA as per below:

As you can see from the official FA Kit and Advertising Regulations here.

However, the team did actually wear the shirt with the sash logo in a friendly against Rochdale on 17th July, immediately drawing censure from the FA for breaching their guidelines.

We love the way Paddy Power think and this certainly got the attention of many. What next?

This is ‘what next’ and it came as a total surprise!

Huddersfield Town has now revealed the real home kit for 2019/20 and the devil is in the detail and makes the above campaign all the more powerful! Paddy Power has actually relinquished the right to use the front of the shirt for advertising and hope that other sponsors and clubs will do the same. They have also donated part of the sponsorship to the Huddersfield Town Foundation and on the first day of the season will exchange up to 500 new kits for previously branded versions.

“Shirt sponsorship in football has gone too far. We accept that there is a role for sponsors around football, but the shirt should be sacred.”

Huddersfield Town charged with misconduct by the FA

After playing the ‘friendly’ match at Rochdale pre-season in the controversial sash covered strip, the Football Association is holding Huddersfield Town to be in breach of section C.2i of the Kit and Advertising Regulations as we thought they might. This is despite the club going on to have absolutely no sponsorship advertising on their shirts and the stunt being to highlight the removal of the advertising.

The club may be beginning to regret getting themselves involved with the high jinks used by Paddy Power to highlight their campaigns!

It might have been a lot of fun and seemed like a good idea at the time, but falling in with Paddy Power and its idea of a prank has proven costly for Huddersfield Town. The FA did not see the joke and took the matter of the breach of kit sponsorship guidelines very seriously, indicated by the steep £50,000 fine imposed this month.

That will be a mistake we don’t think any sports clubs will be making in the future if Paddy Power come calling!