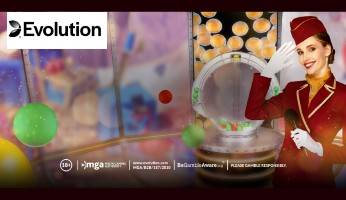 Cash or Crash is the latest live game show from the Stockholm-based casino game developer, Evolution Gaming. Following its acquisition of NetEnt in June 2020, Evolution has taken extra time to make sure that its newest release is sure to wow its audience.

Eager to keep up with the newly emerging talent at Pragmatic Play, Evolution Gaming has designed an exciting and innovative new live game show which has just gone live at some of the UK’s best-known online casinos and bingo sites.

Although the title of the game, Cash or Crash, sounds like some sort of car insurance scam, the setting for the game is an airship, and a very realistic one at that.

What is Cash or Crash?

Calling it a “unique high-flying live game show”, Evolution Gaming has used augmented reality to take you high up in the air where you get to fly over a city on a mission to track down cash prizes.

The immersive playing experience is complemented by a live game show host who is appropriately dressed as an air steward/stewardess. The AR background makes it look as though they’re standing in front of the airship’s cockpit, and in the centre of the flight deck, you’ll see a tombola-style machine that picks the balls.

You must start by choosing a suitable stake. The lowest is 20p and the highest is £250.

There is a super-exciting special feature in Cash or Crash called the Gold Ball Bonus Round which is triggered when the machine draws a gold ball. It’s a quick-draw round where you don’t need to make any decisions and the multiplier continues to increase as more green balls are drawn.

Where to play the game

You’ll find Cash or Crash in most online bingo sites and casinos that offer live casino games by Evolution Gaming, including the all-new Heart Bingo.