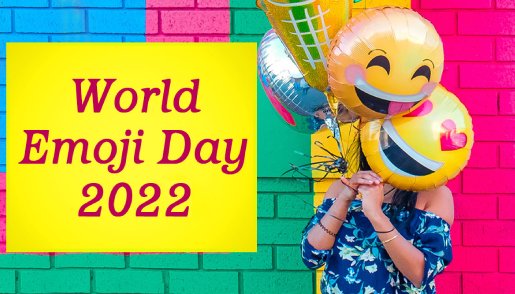 This week saw people around the globe celebrate World Emoji Day. Many British bingo brands took the opportunity to get their fans to take part on social media. For example, Buzz Bingo invited players to use an emoji to describe how they were feeling. However, Mecca Bingo had something a little more special to offer as it’s the only online bingo site besides Kitty Bingo and Lucky Pants Bingo to feature Emoji Bingo.

As of last September, there were over 3,600 emojis in the Unicode Standard, and more than 21% of all tweets include at least one emoji.

Emoji means “picture world” in Japanese and the first emojis were created by a Japanese telecom employee called Shigetaka Kurita in 1990.

It plays in a dedicated 50-ball room where emojis are used instead of bingo balls and tickets.

Each game begins with 10 emojis floating around the screen, and the first player to mark off all 10 wins the full house prize.

The symbols include everything from smiling faces, devils, and sunshine to angel faces, grumpy faces, and the good old poo emoji.

As each player can only buy one ticket, everyone has a fair chance of winning. Plus, Emoji Bingo is a multi-stake game that caters for stakes of 10p up to £3. The value of the full house prize is linked to the size of your stake, and the most that players can win is £500.

The Emoji Bingo room opens 7 days a week between 7 AM and 3 AM and it’s available on both desktop and mobile.

There are also two promotions that Mecca Bingo offers to Emoji Bingo fans. Join in nightly between 8 PM and 9 PM to take advantage of the cheapest tickets (10p) and from 7 PM on Tuesdays when tickets cost just 5p.