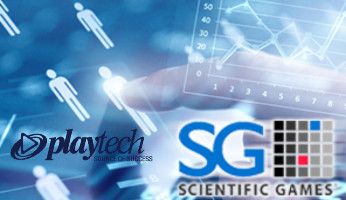 Playtech, the world-leading gambling technology company, has joined forces with Scientific Games in a bid to extend its global reach. Both companies are set to benefit from the new partnership, which will see Playtech’s software made available through SG’s Opening Gaming System.

A mutual distribution agreement between the software providers Playtech and Scientific Games will soon see additional games be made available to players in the US, as well as regulated markets in Eastern, Western and Central Europe and Latin America.

According to a recent press release, the deal is “set to have a major impact on iGaming across the globe”.

What games will we be seeing and where?

Scientific Games’ Open Gaming System (OGS) was launched in 2019 and it allows online gaming operators to offer players a wealth of titles via one seamless integration.

The original system included over 25,000 games provided by a global network of third-party and in-house game studios, as well as exciting features including tournaments, free rounds, jackpots and peer-to-peer gaming.

Popular Playtech video and jackpot slots such as Age of the Gods, Frankie Dettori’s Magic Seven, King Kong and Gladiator are likely to be included, as are the company’s live casino games such as Hi-Lo, Sic Bo, Unlimited Blackjack. Roulette, Poker and Baccarat.

Entain is one of the most popular UK online gaming operators that currently use Scientific Games’ Open Gaming platform. So, hopefully, we’ll be seeing Playtech titles appearing soon at Entain brands like Foxy Bingo and Gala Bingo.

When will the rollout start?

New Jersey will be the first US state to receive the new Playtech content, with further regulated states to follow.

What other games studios work with Scientific Games?

There are already several cutting-edge games studios whose games are available through Scientific Games’ Open Gaming System. They include the makers of Bonanza and the Megaways pay mechanic, Big Time Gaming, as well as Lightning Box, Gaming Realms, Elk Studios, Gamevy and Reel Play.