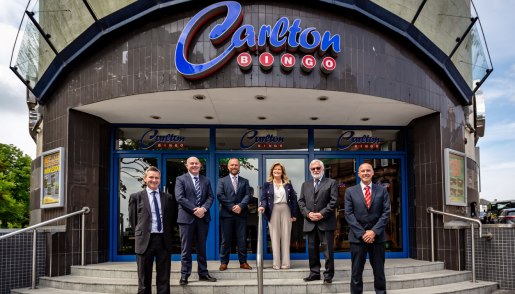 In the highly competitive world of commercial business, the little fish are often gobbled up by the big fish. So, it’s great to see that the owners of a popular Scottish-founded bingo chain haven’t sold out to a larger rival. Instead, they’re giving their employees a majority share in the company in the hopes of a bigger and brighter future.

Who is Carlton Bingo?

Carlton Bingo is one of the major players in the Scottish land-based bingo industry.

It was established in 1998 when four men (Chris Barr, Brian King, George Carter, and Peter Perrins) clubbed together to purchase Taylor Clark Limited.

In 2005, the company opened its first two purpose-built bingo venues in Dunfermline and Inverness, the latter of which remains the location for Carlton’s HQ to this day.

Today, the brand owns 10 clubs across various parts of Scotland, including Stirling, Partick, Livingston, Fraserburgh, Elgin, East Kilbridge, Dalkeith, and Buckie, and it employs over 200 members of staff.

Why the change of ownership?

Recently, the four founders of Carlton Bingo sat down to discuss ways that they could secure the future of the company for both its customers and staff. “After considering their succession options and acknowledging their staff’s loyalty and commitment”, they decided that the best way to do this was by giving its employees a controlling stake by creating an Employee Ownership Trust.

One of the four original owners, George Clark, says that an Employee Ownership Trust “fitted exactly” with what its founders wanted as they all see Carlton Bingo as “a family business”.

He adds that they could’ve considered a management buyout, but this would have created “the problem of succession”.

How will staff benefit?

Other than being able to boast that they co-own one of the UK’s best-known bingo chains, Carlton’s employees will be able to reap the benefits of the EOT government initiative.

Employee Ownership Trusts give employees a greater voice, meaning that any major changes would need to be approved by staff rather than traditional management or board members. Companies that are controlled by EOTs can also choose to pay tax-free cash bonuses of up to £3,600 to each member of staff every year.

Financial experts say that there are also benefits to the business overall such as reduced absenteeism, improved business performance, greater employee commitment and engagement, and an improved drive for innovation.