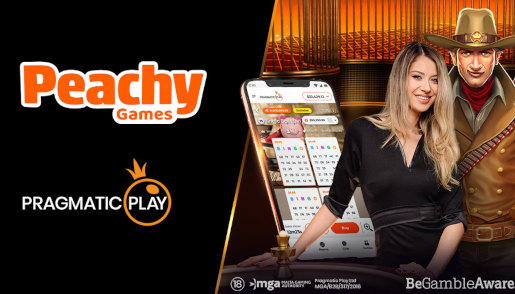 One of the sister sites of Bingocams has just added an innovative collection of online bingo rooms. Peachy Games has also had a mini-makeover courtesy of its operator, Dazzletag Entertainment Limited. Find out more about the recent changes right here!

Who is Peachy Games?

Peachy Games is one of several brands that is owned and operated by Dazzletag Entertainment, the latter being one of the first companies in the world to introduce us to live bingo via webcams and “Live Win Moments”

Peachy Games made its debut in 2019 and initially specialised in online slots and casino games provided by big-name developers like Microgaming and NetEnt.

While its sister site Bingocams continues to be powered by Dazzletag’s proprietary bingo software platform that gives players access to exclusive rooms like Daily Dosh, Speedy Bingo, and the Hollywood Room, Peachy Games now plans to give it a run for its money by expanding its catalogue of games with the popular Pragmatic Play bingo suite.

Tell me about the new bingo rooms

Many of the rooms have been given names to match the theme of Peachy Games. For example, there are 90-ball rooms called Banana Bonanza, Peachy Party, Juicy Jackpot, and Falling Fruits, as well as an 80-ball room called Berry Blitz, a 75-room called Fruity Fever, and a 30-ball room called Pineapple Express. However, there are also some that stick to the traditional Pragmatic Play naming conventions such as the Reels Room and Bingo Blast.

You can either purchase tickets when you enter the rooms or in advance using the pre-buy option.

Other changes at the site

Peachy Games now has a brand-new look which includes a slick white background and a horizontal menu bar.

It also now boasts Pragmatic Play’s Drops & Wins promotion which offers 120,000 cash prizes worth a total of £1m per month through its networked tournaments and daily prize drops.

The site’s collection of live casino games and game shows has been extended too as part of its new agreement with Pragmatic Play. So, you can now enjoy thrilling titles like Mega Wheel and Sweet Bonanza Candyland alongside Evolution Gaming offerings such as Cash or Crash, Crazy Time, and Gonzo’s Treasure Hunt Live.