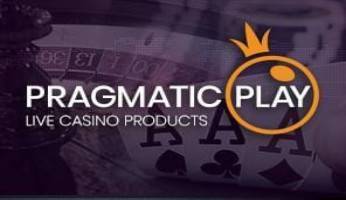 For some time now, Evolution Gaming has held the unofficial title of the world’s best developer of live casino games. However, NetEnt also has a strong set of live dealer tables but it fails to match Evolution’s impressive and ever-growing collection of first-person, lottery and game show live games such as Mega Ball, Live Football Studio and Dream Catcher.

Now, Pragmatic Play looks ready to step up to the bar with a brand-new game show-style title that’s set for release in November 2020.

Pragmatic’s Michel Glansberg has confirmed that Mega Wheel will be released on 11th November 2020.

While Glansberg says that the title fits within the “wheel game” genre (by which, we assume he means alongside games like Evolution’s Dream Catcher), he adds that “it comes with a lot of other complexities”.

Each Mega Wheel game will be operated by a specialist host, but where it differs from other titles in similar genres is that each spin includes a multiplier on one of the numbers. Glansberg goes on to say that having a “boosted number on every spin” makes each round “more exciting and engaging” for the player.

Pragmatic Play’s live studio suite opened in the spring of 2019 in Bucharest, Romania.

The studio currently holds 43 tables that are manned by professional dealers and organised by a dedicated management team that has a combined total of 100+ years in the gaming industry.

What other games are Pragmatic Play working on?

In the same interview, Pragmatic Play’s Michel Glansberg also confirmed that the company is preparing to launch two new online slots called Reel of the Dead and Gems Bonanza at the end of this month.

Although the company is keeping tight-lipped about Reel of the Dead, it’s given some hints of what we can expect from Gems Bonanza.

This year’s EGR Operator Awards will take place virtually and be broadcast online on 11th and 12th November.

The nominations have been carefully shortlisted, and Pragmatic Play is just one of many operators and developers who are hoping for an accolade next month.

Currently, Pragmatic Play is set to go up against 13 other software developers for the award for Game of the Year.